Antifreeze proteins (AFPs) are molecules with the unique property of binding and shaping ice crystals, preventing their growth into relatively large cell-lysing structures (Davies and Sykes 1997). They exhibit a property known as thermal hysteresis, whereby their activity decreases the freezing point of water without changing the melting point. This property allows organisms which produce AFPs to survive colder conditions. Additionally, an AFP from the deer tick Ixodes scapularis has been shown to have biofilm inhibiting properties, potentially giving these AFPs uses in both commercial and medical applications (Heisig et al. 2014).

We tested 16 different AFPs for both freeze survival and biofilm activity in two different constructs. The first construct simply expressed the antifreeze protein strongly, while the second construct included a BclA tag that caused the antifreeze protein to bind to the cell surface. This AFP, from the deer tick Ixodes scapularis (IAFGP), was the AFP shown in Heisig et al. to inhibit biofilm formation. During cloning, the tagged BclA-IAFGP construct was made, but two mutants of IAFGP were created in the untagged version, labeled here as IAFGP-X and IAFGP-Y.

To test freeze survival, a liquid culture of E. coli was grown up overnight and three samples were taken. An MTS assay was performed for the first sample to determine the amount of live E. coli present, while the other two samples were placed in a slow-freeze box at -20C and -80C respectively. After 24 hours MTS assays were then performed on these two samples to determine what percentage of cells survived the freezing. 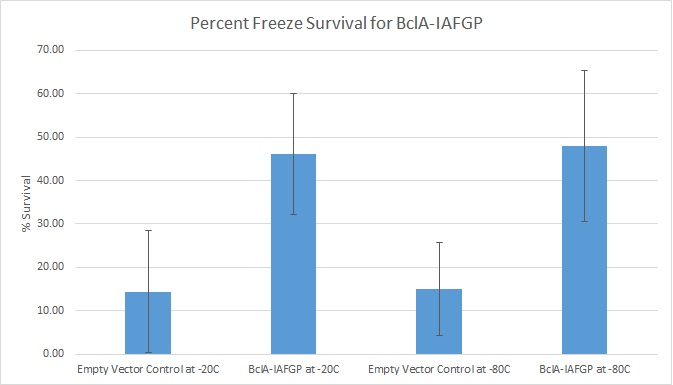 Figure 1: Freeze survival for an empty vector control and BclA-IAFGP at -20C and -80C.

BclA-IAFGP showed significant freeze survival compared to the control at both -20C and -80C. 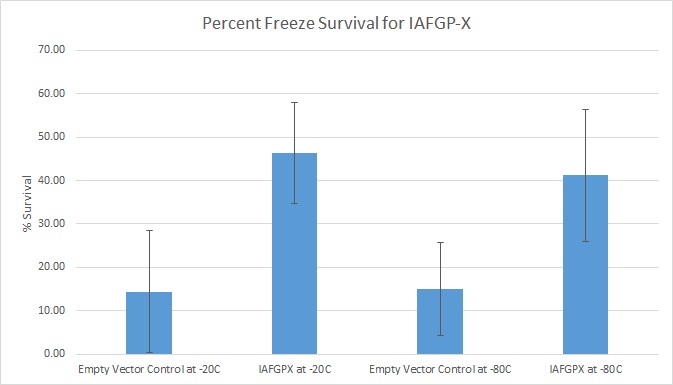 Figure 2: Freeze survival for an empty vector control and IAFGP-Xat -20C and -80C.

IAFGP-X showed significant freeze survival compared to the control at both -20C and -80C. 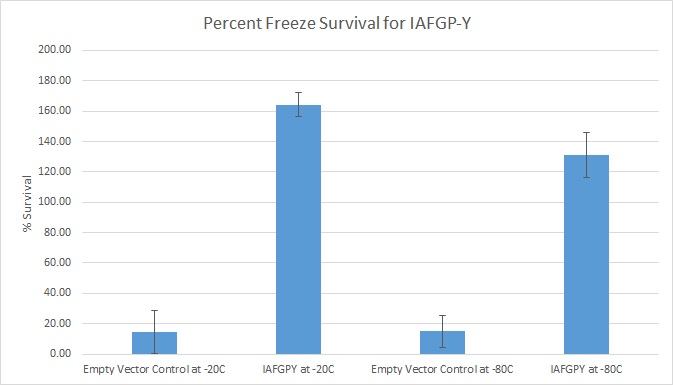 Figure 3: Freeze survival for an empty vector control and IAFGP-Y at -20C and -80C.

IAFGP-Y showed significant freeze survival compared to the control at both -20C and -80C.

To test biofilm activity, each construct was transformed into the biofilm forming strain EMG2:Kλ E. coli and the strain was grown on a 96 well plate. Crystal violet was added to each well and washed, then acetic acid was used to break down the remaining crystal violet so that biofilm formation could be measured colorimetrically. These results were then normalized to an EMG2:Kλ without plasmid control. 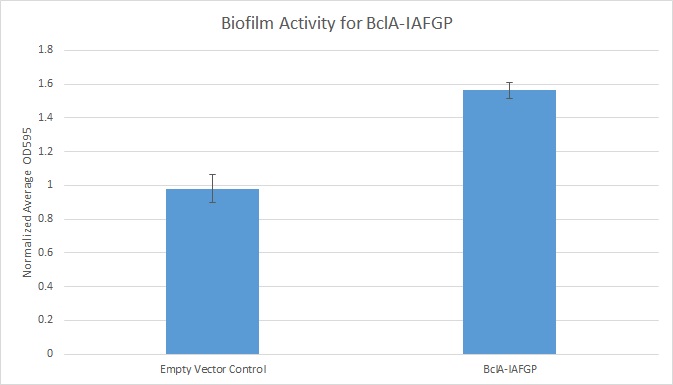 Figure 4: Biofilm activity for an empty vector control and BclA-IAFGP. 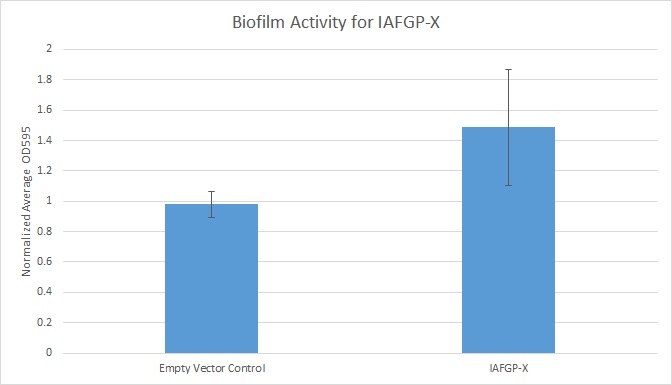 Figure 5: Biofilm activity for an empty vector control and IAFGP-X. 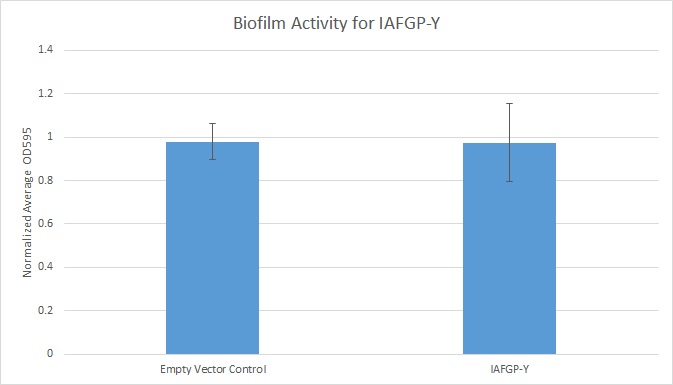 Figure 6: Biofilm activity for an empty vector control and IAFGP-Y. This graph shows the concentrations of purified proteins, including IAFGP, labeled as "IA" on the graph. These are graphs of biofilm assays that included the protein IAFGP. The proteins were either mixed into the bacteria or it was used to coat the plate that the biofilm was going to be grown on.