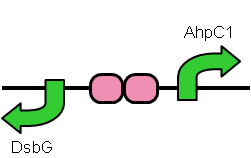 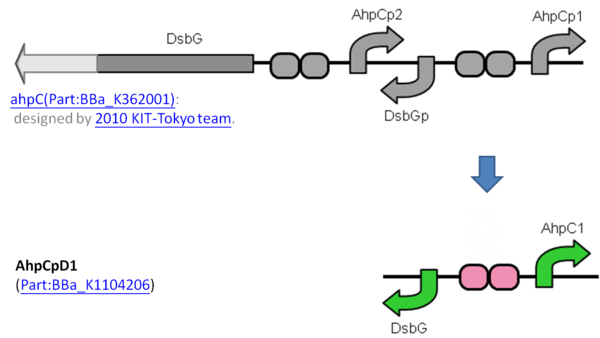 In this part, AhpCp1 and DsbGp are left, making this part a bidirectional hybrid promoter which has the ability to transcription in both directions.

Here is the overview about the other ahpC promoter (Part:BBa_K362001) improvements: