A kind of regulatory part that is induced by aminoglycoside drug. 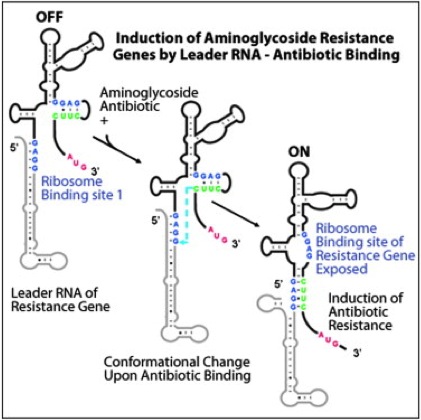 The 75nt RNA sequence of ALeader contains two SD sequences (ribosome binding sites) and an anti-SD sequence (CUUC) which can complementarily pair with either of the SD sequences. In the absence of aminoglycosides, anti-SD pairs with SD2. The binding of ribosomes to SD1 triggers the translation of a small peptide which stops at the stop codon ahead of SD2, therefore inhibits the translation of the gene after SD2. When aminoglycosides (kanamycin for example) exists, it will induce a structural change of Aleader. The anti-SD sequence pairs with SD1, consequently unmasking SD2 for ribosomal binding, which results in the translation of the following gene.

Our Aleader riboswitch demonstrates progressive induction of reporter genes in response to sublethal doses of the antibiotics. It makes sense because an antibiotic-resistant riboswitch must be able to detect low levels of antibiotics and activate the resistance mechanism before the cells are killed. Thus, Aleader turns out to be a novel translation regulatory part with high dynamic range, slight response delay and immense modification potential.

To improve the natural bio-brick part’s performance, we attempted to modify the sequence of ALeader and adjusted its structure. This library of mutations, hence, is a collection of brand new inducible translational elements.

In vitro experiments revealed that the structural importance of leader RNA lays on three domains: the SD1, SD2 and the anti-SD sequence (Figure 2). Mutations of these domains might change the relative stability of two conformation, thereby increasing or decreasing K1. Meanwhile, the mutations of other sites which might have direct interactions with antibiotic moleculars would alter the ligand binding affinity, leading to the change of K2. 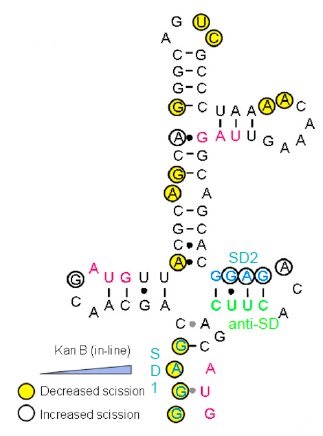 Figure 2.Structure analysis of leader RNA. SD1 and SD2 are in blue and the anti-SD is in green. The yellow and white circles present the sites at which scission ability changes are induced with the addition of KanaB, which indicates their structural significance , just like the anti-SD would separate from SD2 and establish new interactions with SD1. The other sites which decrease scission after the inducing of antibiotics are likely to have direct interactions with antibiotic moleculars. (Jia X, et al. 2013). 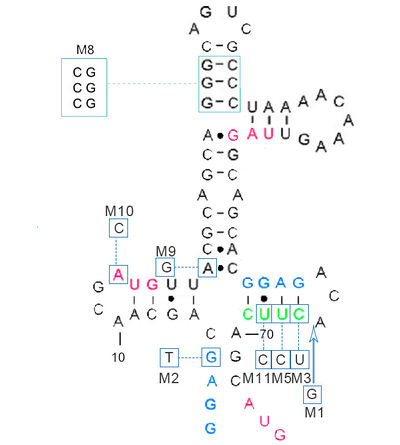 With fluorescent measurement data, we can conclude that directed mutagenesis is not a effective way to optimize our Aleader part. So we further support our optimization of our Aleader with a triphase model(To learn more about that, click HERE). 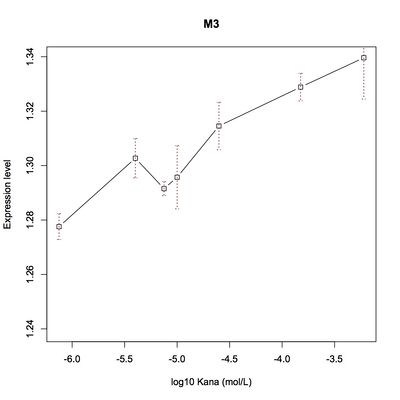 Figure 4A. Switch Plot of Mut3 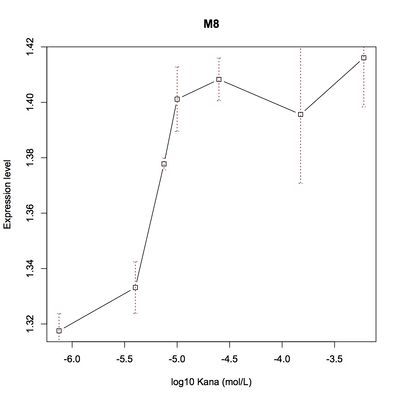 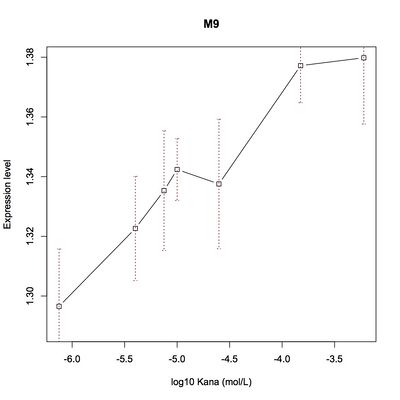 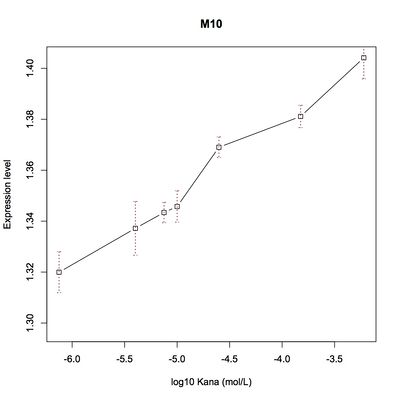 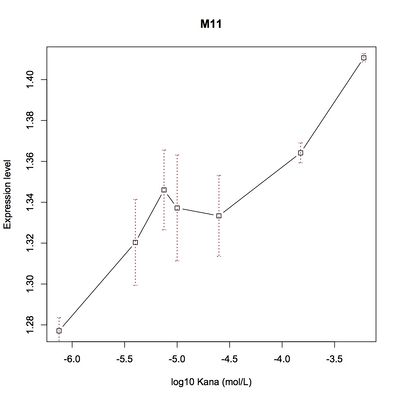