Prontein E is a membrane protein that inhibits MraY, an enzyme required for murein synthesis, and promotes cell lysis in a manner analogous to cell wall synthesis inhibitors like penicillin. However, it will keep the periplasmic space of Gram-negative strain intact. In this part, protein E will be expressed when L-arabinose is available.

The growth curve of transformed E.coli cells treated with different concentrations of L-arabinose varying from 0.2% to 1%. MgSO4 has been reported to allow the expression of protein E but inhibit lysis. MgSO4 was added 30min before the induction according to previous works by others. 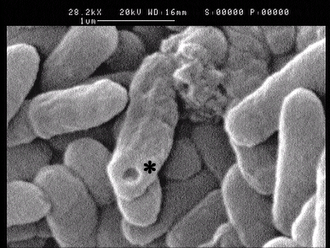 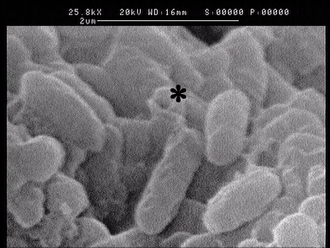 Right: SEM picture of protein E lysed E.coli with MgSO4 protocol. The tunnel is relatively bigger than the left one.