Not Released
Sample In stock
Experience: Works
1 Uses
1 Twin
Get This Part

The red light sensor (Cph8) is a fusion protein which is consisted of a phytochrome Cph1 and a histidine kinase domain, Envz-OmpR, that includes a response regulator.Cph1 is the first member of the plant photoreceptor family that has been identified in bacteria. The functional expression of a phytochrome domain(Cph1) in E. coli requires the biosynthesis of the respective bilin chromophore PCB. EnvZ-OmpR, a dimeric osmosensor, is a multidomain transmembrane protein and one of the best characterized two-component histidine kinases from E.coli.

With the biosynthesis of PCB, Cph1 serve as a red-light absorbing chromophore that is inactivated under red light and activated without red light. Upon changes of extracellular osmolarity, EnvZ specifically phosphorylates its cognate response regulator OmpR, which, in turn, regulates the PompC.

Cph8 can serve as a photoreceptor that regulates gene expression through PompC. Without red light, Cph1 is activated and it enables EnvZ-OmpR to autophosphorylate which in turn activates PompC. Under the exposure of red light, however, Cph1 is deactivated, inhibiting the autophosphorylation, thus turning off gene expression. Take the image beneath as an example, in the dark, the phosphorylated OmpR will turn on PompC to produce lacI protein. 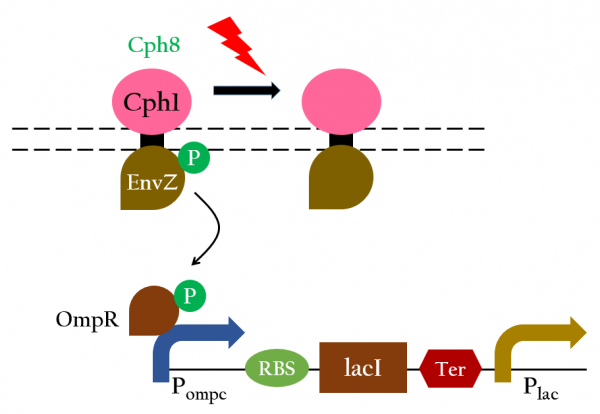 Figure 1.The light receptor cph8 is composed of cph1(pink) and envZ-ompR(maroon).

In order to positively regulate gene expression with red light, we employed this light receptor biobrick (K1017301) to give E. coli light sensing ability, and Pred biobrick for E. coli to respond to red light, both depicted in the first figure below. Pred is repressed in the dark and activated by red light.

Figure 2. Notice that Pred includes a 37oC RBS that is only activated above or at 37oC.

To test whether red light and Cph8 can regulate Pred or not, we measured the florescence expression of E. coli that were exposed to red light under 37 °C. The figure shows that red light can in fact activate Pred. Colony 5 displays a high normalized expression under red light, suggesting that the biobrick was successfully activated by red light. In other words, our Cph8 can work. On the other hand, colony 3 might be mutated, as it shows only little expression. 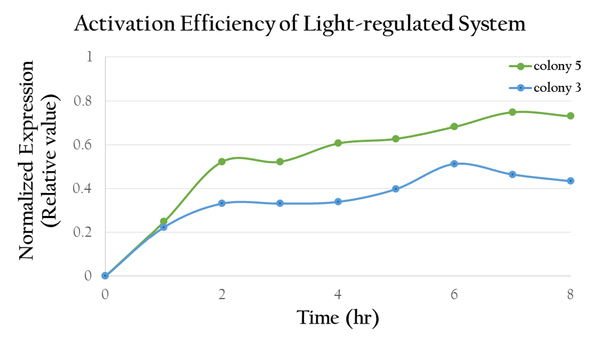 Figure 3.Colony 5 shows an a higher expression as it is activated by red light. Colony might be mutated, since it didn't seem to be activated. 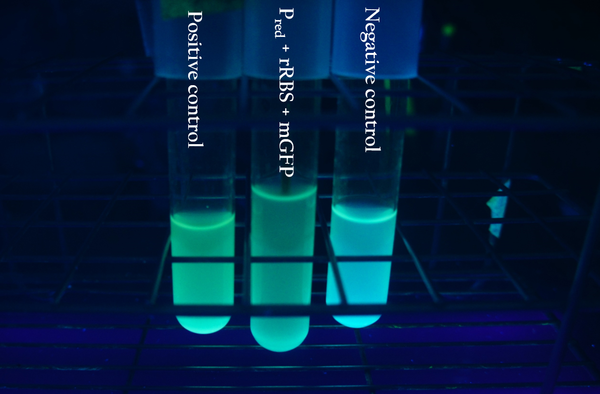 Exposing Pred + mGFP under red light, we measured its fluorecence and compared with the counterpart in the dark. 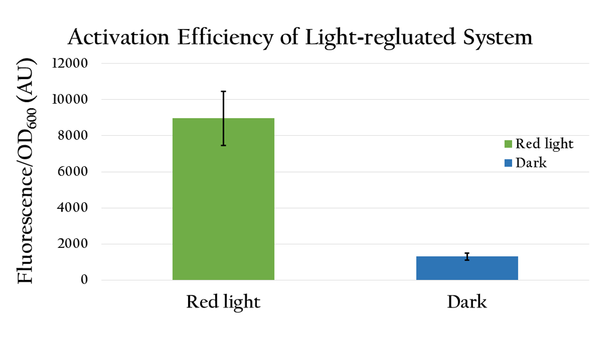 Figure 5. Comparing the efficiency of Pred under red light and dark. The data indicates that our Pred do actually work