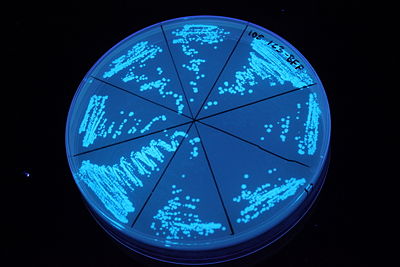 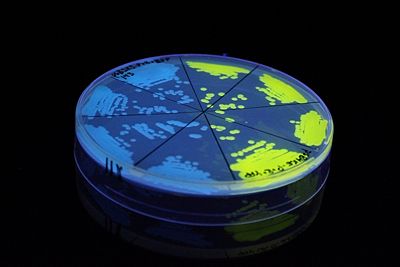 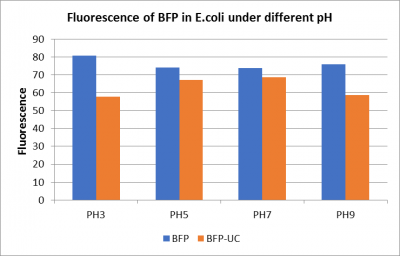 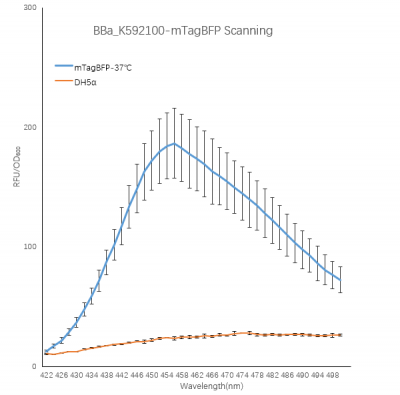 Toulouse_INSA_UPS_2022 contributed to the characterization of this part, the team showed this year that it is functionally expressed when placed under the control of the constitutive E. coli promoter ihfB800 (BBa_K4197014). To do this, the promoter was placed upon the mTagBFP gene (BBa_K4197013), allowing the production of a bright blue fluorescent protein detectable, by epifluorescence microscopy and FACS. Check part BBa_K4197001 of the full construction for more result details.

Figure 1: Observation on microscope of pET-21 b (+)_OmpA_DARPin strain with ihfb800-BFP (A) pET-21 b (+)_OmpA_DARPin strain with ihfb800-BFP were used a negative control (B). Colonies showed significant blue fluorescence. Observations were made in phase contrast (left of each panel) and at the microscope parameters for BFP (right of each panel).

More information about the project for which the part was created: DAISY (INSA-UPS 2022)