This fluorescent S-layer fusion protein is used to characterize purification methods and the S-layer's ability to self-assemble on surfaces.

The CspB gene was fused with a monomeric RFP (BBa_E1010) using Gibson assembly for characterization.

The CspB|mRFP fusion protein was overexpressed in E. coli KRX after induction of T7 polymerase by supplementation of 0,1 % L-rhamnose using the autinduction protocol from Promega. 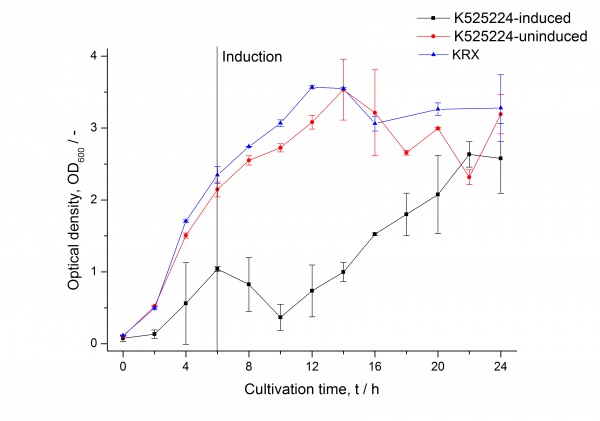 Figure 1: Growthcurve of E. coli KRX expressing the fusion protein of CspB and mRFP with and without induction, cultivated at 37 °C in autoinduction medium with, respectively, without inductor. A curve depicting KRX wildtype is shown for comparsion. After induction at approximately 6 h the OD600 of the induced K525224 visibly drops when compared to the uninduced culture. While the induced culture grow significantly slower than KRX wildtype the uninduced seems to be unaffected. 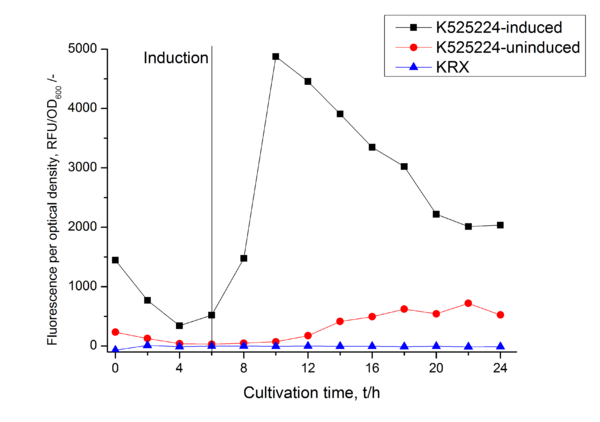 After a cultivation time of 18 h the mRFP|CspB fusion protein has to be localized in E. coli KRX. Therefor a part of the produced biomass was mechanically disrupted and the resulting lysate was washed with ddH2O. Then the lysate was treated with ionic, nonionic and zwitterionic detergents to release the mRFP|CspB out of the membranes, if it intigrates. From the other part of the cells the periplasm was detached by using a osmotic shock. The existance of fluorescene in the periplasm fraction, showed in fig. 3, indicates that C. halotolerans TAT-signal sequence is at least in part functional in E. coli KRX.

Specific for K525224 fused with mRFP is the proportional to the mRFP fusion proteins of K525222 and K525223 high fluorescence in the culture supernatant. This indicates that the fusion protein is secreted into the periplasm via the TAT-pathway and partly released into the culture medium. Because there is no known release pathway for S-layer proteins in E. coli the periplasm might burst in consequence of the overexpression.

The absence of fluotrescence indicates that the expressed fusion protein doesn't form inclusion bodies during cultivation. 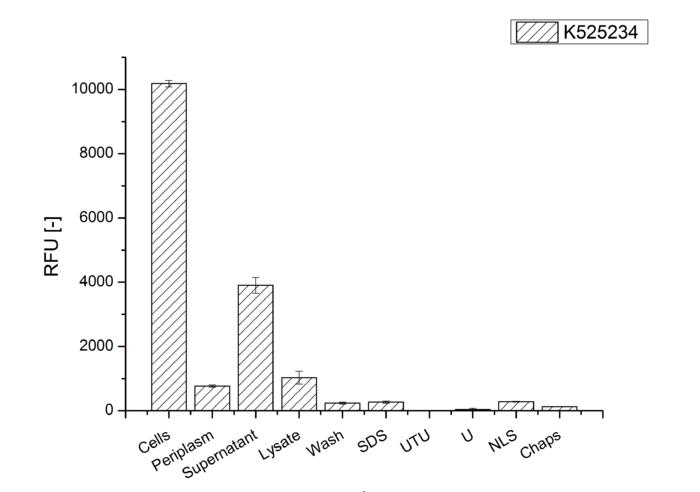 Figure 3: Fluorescence progression of the mRFP (BBa_E1010)/CspB fusion protein initiating with the cultivation fractions up to the detergent fractions of the seperate denaturations. Cultivations were carried out in autoinduction medium at 37 ˚C. The cells were mechanically disrupted and the resulting biomass was washed with ddH2O and resuspended in the respective detergent. The used detergent acronyms stand for: SDS = 10 % sodium dodecyl sulfate; UTU = 7 M urea and 3 M thiourea; U = 10 M urea; NLS = 10 % n-lauroyl sarcosine; 2 % CHAPS = 3-[(3-cholamidopropyl)dimethylammonio]-1-propanesulfonate.

After the localisation of the S-layer protein in E. coli, different methods for purification were tested. The results of these methods are shown in fig. 4. Fig. 4 shows, that the CspB protein does not form inclusion bodies in E. coli and most of the protein is transported out of the cell into the periplasm and a lot of protein is even secreted into the medium (all fractions were concentrated by filtration and precipitation, respectively). The secretion into the culture medium is very interesting because the purification is much faster (no cell disruption necessary). 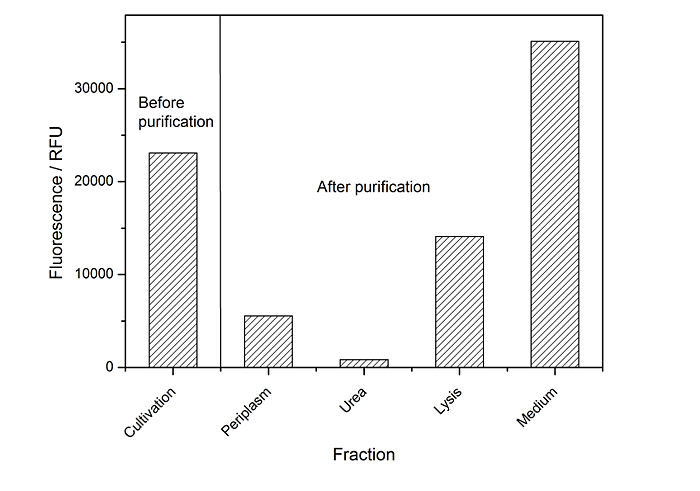 Fig. 4: Fluorescence of collected fractions of different methods to release and concentrate BBa_K525234 protein from a cultivation in E. coli.

The highest fluorescence could be obtained by a precipitation with ammonium sulfate of the culture supernatant followed by an ultrafiltration with a 300 kDa membrane and a diafiltration with a 50 kDa membrane. The diafiltration was against a binding buffer for an anion exchange chromatography (25 mM sodium acetate, 25 mM sodium chloride) with pH 6, due to the theoretical pI of BBa_K525234. The fluorescence of the collected fractions of the following anion exchange chromatography are shown in fig. 5. 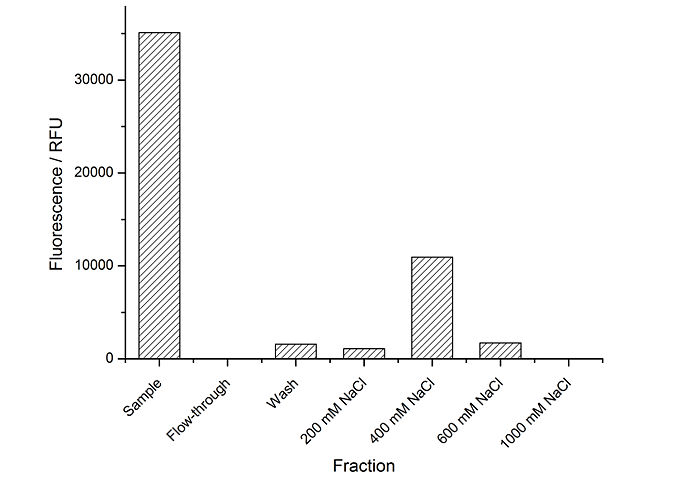 Fig. 5: Fluorescence of collected fractions of an anion exchange chromatography of BBa_K525234 after concentration from the culture supernatant.