This part contains crtZW, which works as the astaxanthin biosynthesis pathway when add beta-carotene as a substrate.

It is necessary to add either beta-carotene or the synthesis operon. 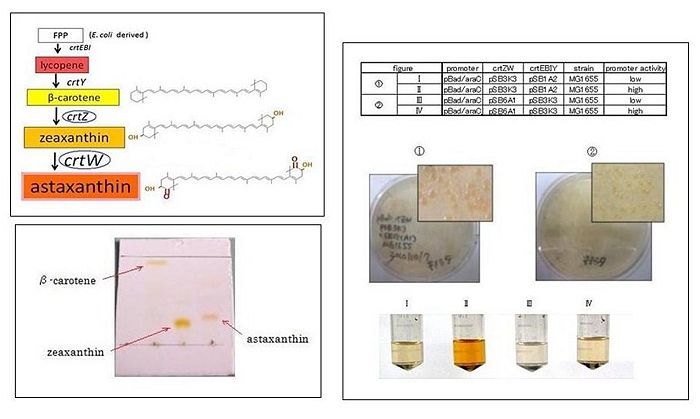 Those work are done by Yumiko Kinoshita.
These parts contain crtW (β-carotene ketolase) under inducible promoter control. This enzyme is responsible for the conversion of zeaxanthin into astaxanthin. Our team designed two BioBricks related to this conversion. Characterization of BBa_K395706 has been performed in E. coli strain MG1655. (→more information)