It is able to control the expression of crtZ by arabinose.this part applies to ① 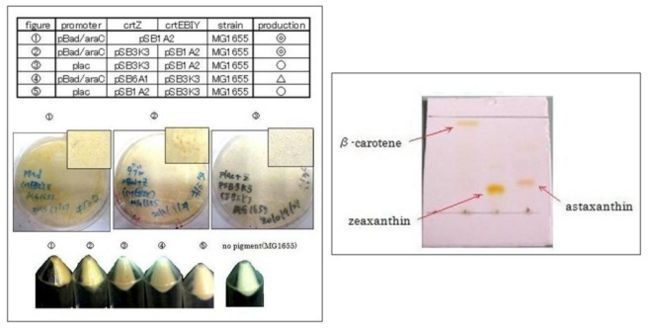 Fig.2 zeaxanthin pellet and plate, TLC
These works are done by Yumiko Kinoshita

These parts contain crtZ (β-carotene hydroxylase) under inducible promoter control. This enzyme is responsible for the conversion of β-carotene into zeaxanthin. Our team designed some BioBricks to do this conversion. Characterization of these BioBricks has been performed in E. coli strain MG1655. (→more information)