This part is GFP reporter which is repressed by LuxR and 3OC6HSL, and the promoter is R0061. And we use this part to measure the activity of BBa_R0061. 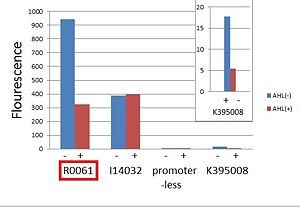