This is an engineered derivative of wildtype ssrA tag from Escherichia coli, where three C-terminal amino acids LAA in WT are replaced with YES. Refer to BBa_M0050 for the biological function of the tag. 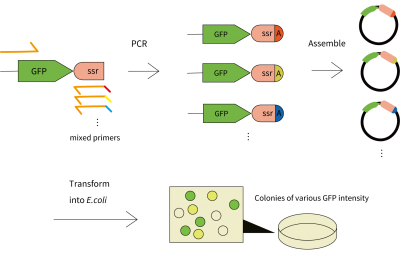 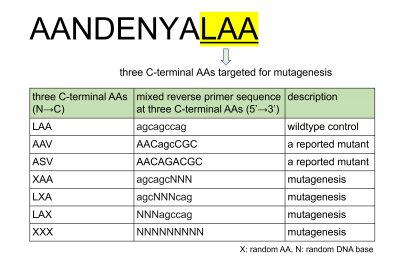 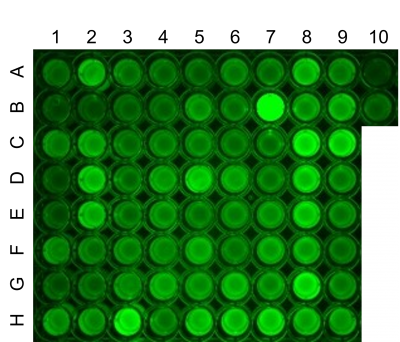 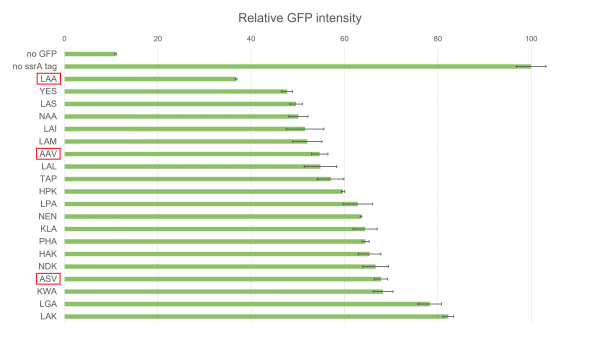 This is a part improved from BBa_K1051206. In this part, three C-terminal amino acids LAA are replaced with YES, resulting in a reduced protein degradation efficiency. Therefore, this part show an increased half-life of fused proteins compared to WT. This part, together with the other mutants described in the part collection above, consists of a large repertoire of protein degradation tags of various efficiencies (refer to Result), which can be applied for fine-tuning of many kinds of synthetic systems that require a precise control of proteins.