As shown in Figure 2, HBD3 dramatically affected yeast growth during the exponential phase compared to control. This property was observed particularly at 250 minutes after the inoculation. However, since the final concentration was almost the same, HBD3 secretion was considered to have little effect on the number of S. cerevisiae in the end. Thus, HBD3 secretion yeast is expected to be sufficient for practical implementation. 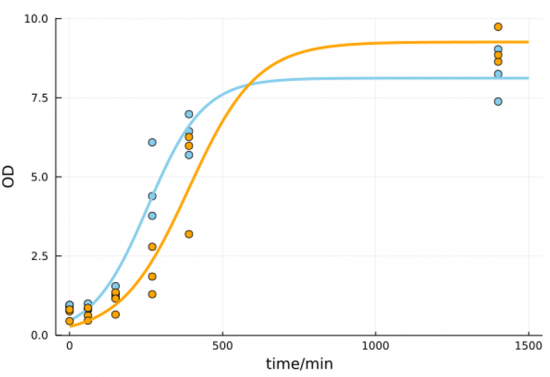