This part contains an arabinose operon, which constitutes the arabinose sensing system. By connecting the relE gene downstream, the normal growth and reproduction of bacteria will be inhibited when arabinose is present.

After the expression of arabinose operon was verified, sfGFP gene was replaced by relE gene, which causes the normal growth and reproduction of bacteria will be inhibited when there is arabinose in the medium.

The digestion and agarose gel electrophoresis are shown in Figure 1. 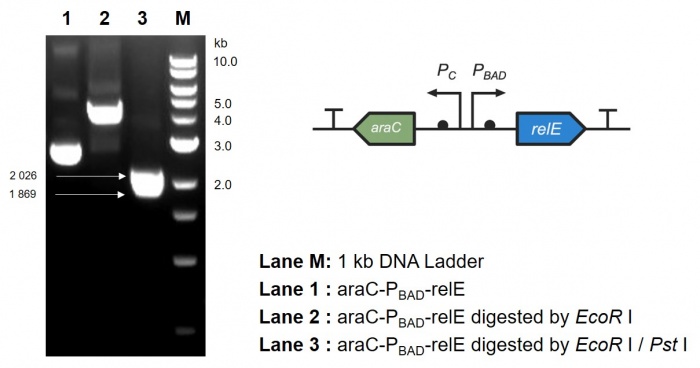 Fig. 1 Digestion and electrophoresis of araC-PBAD-relE

Since relE encodes a small endotoxin peptide which represses the growth of bacteria, its expression could be characterized by measuring growth curve. Fig. 2A and 2B suggest that, compared with negative control, the E. coli cells cultured with standard arabinose can be inhibited for growth and reproduction. Finally, in order to verify whether the xylanase produced by E. coli could manage to hydrolyze xylan to arabinose and, by binding to the araC, turn on the expression of relE in the downstream of PBAD, thus proving its function by measuring the growth situation (Fig. 2C).

Fig. 2 RelE was induced to inhibit bacterial growth. The growth curve of E. coli DH5α with original OD600 value of (A) 0.1 (B) 0.8 (C) 0.3. The standards of gradient concentration (A and B) and xylanase-containing bacteria supernatant which had been pre-cultured overnight (C) were added into the medium. The supernatant of fermentation broth containing xylanase was isolated and added into the E. coli culture system. Then, 5 g/mL xylan was added respectively for being reduced by xylanase and measure OD600 values at the indicated time. The experiment was performed three times in triplicate. ***, P < 0.001 from respective control using Student’s t test.