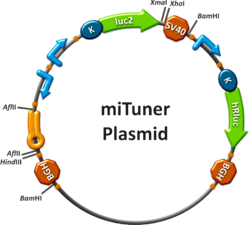 The dual-luciferase miTuner construct is the basic measurement and expression construct (fig. 2). It contains three expression cassettes: the synthetic microRNA expression cassette in reverse complementary orientation for tuning of gene expression (RSV driven), as well as a measurement firefly luciferase (CMV driven) and a reference Renilla luciferease (CMV driven) in forward direction. HindIII and AflII sites allow for the exchange of the synthetic microRNA, XmaI and XhoI sites allow for introducing synthetic microRNA binding sites into the 3’UTR of the firefly luciferase gene. BamHI sites enable an easy cloning of the microRNA_cDNA (Luc2) fragment into a pTRUF3 single stranded AAV context for production of AAVs and efficient infection of target cells with the miTuner construct (BB-2, RFC12).
scroll down for characterization data 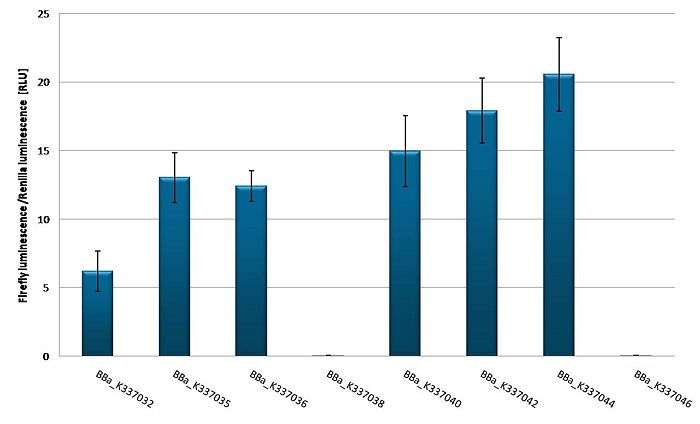 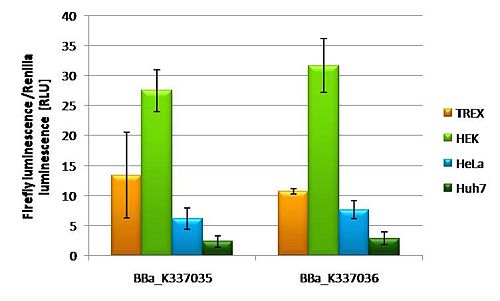