The assay was used to both characterize the reconstitution of split superfold GFP (BBa_I746908) as well as to demonstrate the splicing activity of the NpuDnaE split Intein BBa_K1362400. Visit the Heidelberg 2014's wiki for a detailed documentation or find a summary of our results in the experience section of this part. 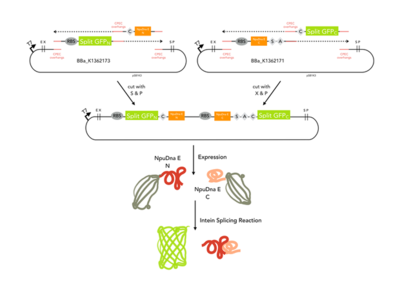 Figure 1: Cloning Strategy for the bicistronic expression of the two parts of split sfGFP. GFP_N was amplified from BBa_K1362173, CPEC overhangs and the NpuDnaE_N were in the PCR primer. NpuDnaE_C was amplified from BBa_K1362171 with Oligos containing CPEC overhangs and the GFP_C. Both PCR products were cloned in a biscistronic expression backbone using CPEC. 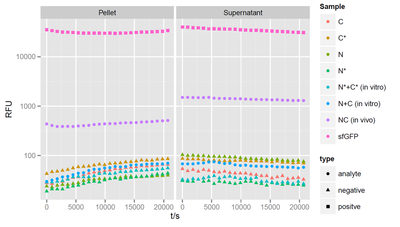 Figure 3: Fused proteins result in fluorescence. A: Exemplary Gating of the sample. Front Scatter depicts the size, Site Scatter Granualarity of each counted event. B: Successful reconstituion of sfGFP after 4 h