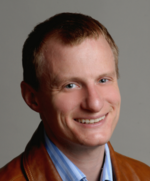 The Anderson RBS family are suitable for general protein expression in E. coli or other prokaryotes. The family is known to cover a range of translation initiation rates so by testing a few family members it should be possible to find a translation initiation rate that suits your application. The family of RBS were recovered from a library screen by Chris Anderson. In the original library, 6 nucleotide locations close to where the ribosome binds were randomized (see the master sequence below). The family members have not yet been quantitatively characterized (see the Characterization section below).

The sequences of the Anderson RBS parts can be found in the table below. To obtain the physical DNA, we recommend two approaches -
Via de novo synthesis: Since the RBS parts are short sequences, they can be easily and cheaply ordered as two single-stranded complementary oligo's and annealed. See here for a tutorial on how to construct short parts via oligo annealing.

This feature in no way prevents the use of these parts in standard Biobrick assembly. Normal prefix insertion into EcoRI/XbaI will delete this promoter element. Suffix insertion into SpeI/PstI will retain this promoter, but it can of course be removed later by a prefix insertion. Note also that the T at the start of the BioBrick suffix was randomized during library construction and is therefore rarely a T. Because the Registry does not permit variation at this position, the Registry sequence of composite parts derived from these RBS will not match the physical sequence

aThe sequence of individual RBS are shown in black and red. The grey nucleotides show the bracketing sequence that results from assembling the RBS with an upstream part and a downstream coding sequence. The start codon of the downstream coding sequence is shown in green. See the "Obtaining Anderson RBS parts" section above for a description of how the physical DNA sequence of the Anderson RBS parts in the Registry differs slightly from BioBrick Assembly Standard 1.

To date, the RBS library has not been experimentally characterized. This is largely a reflection of the method used to construct the library. Initiatially, all members of the library had the RBS variant upstream of an RFP gene. Red fluorescence for 384 individual library members, and the ranked activity of them is shown in the chart (right). All screened clones showing activity detectable above background were combined into 7 activity pools. Each pool underwent a procedure designed to remove the RFP gene and put back the SpeI site in each part. 96 individual processed clones were then sequenced, and the family of RBS parts reflects all the unique clones.

So, at this stage we really can't say much about their relative activity. All I can tell you is that they should all initiate translation at a rate above background, and they are very roughly in decreasing order of activity. RBS's with low numbers are likely to be stronger RBS's than those with higher numbers.

...and of course YOU could do some characterization and post the info here.

Note: The original nomenclature was Bca1050 and then Bca9110.