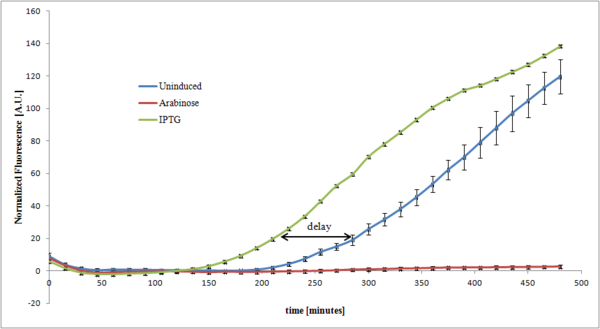 The phase between the 'uninduced' and 'IPTG' curves is the delay from dilution of LacI. After removal of arabinose, LacI remains within the cells but soon becomes inefficient at inhibiting GFP expression as the cells divide. The delay is characterized by also adding IPTG to the system, which activates GFP expression despite presence of LacI.