Green fluorescent protein (GFP) has been used by various iGEM teams to demonstrate expression and functionality of a BioBrick system. In order to demonstrate that the expression of a BioBrick spider silk gene (BBa_K208003) is possible in E. coli a single spider silk gene was tagged with GFP at the C-terminus. By tagging the C-terminus, only when full length constructs of the silk are produced will the GFP marker be attached. This production is not expected to be an issue with the 1x "F" subunit, but as the number of silk subunits fused together increases, eventually the cell will be unable to keep the ribosome bound to the mRNA through the entire silk construct. When it falls off early, no GFP is fused and expressed, so GFP fluorescence can be used as an indirect measure of the amount of full-length spider silk proteins in the cell.

The GFP that was chosen for this study was taken from Utah State iGEM 2009 (BBa_K208000) as it demonstrated high levels of GFP expression. This GFP protein has an excitation wavelength of 395nm and an emission wavelength of 509nm. The lac promoter and ribosome binding site (BBa_K208010) used in this system was also taken from Utah State iGEM 2009. 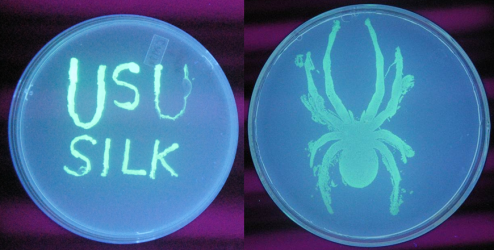 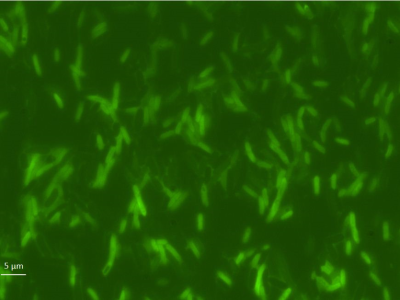