Released HQ 2013
Sample In stock
Experience: None
2 Uses
Get This Part

This part was submitted by team Amsterdam 2011 as part of their project: icE. coli. It was used as a construction intermediate, to create the following composite parts:

For more information about this brick's biology, refer to the page of its coding region: BBa_K538001

As part of charecterization, the iGEM IISER Bhopal 2019 team performed growth curves at different temperatures in order to study the part which was also a part of our project.

Cpn 60 was successfully digested from the parent backbone pSB1C3, which was confirmed on gel via size confirmation and sequencing exercises and inserted into pUC18 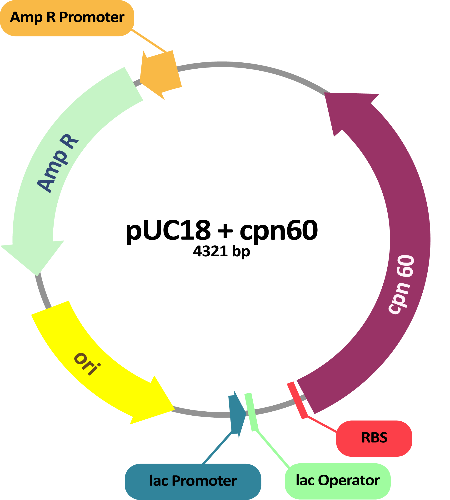 As this part had already been submitted by the 2011 Amsterdam team, we decided to further characterize it (as a part of the Bronze medal criteria) and check how its induction affected cell growth. The results of the growth analysis may be seen in the graphs provided below. The temperatures chosen were 37°C (as a model for optimal conditions) and 18°C (as a model for suboptimal conditions). While we ideally would have liked to achieve even lower temperatures (as our model clearly predicts that TF could survive near 0°C-like conditions), we were most unfortunately limited by the available infrastructural facilities.</p> 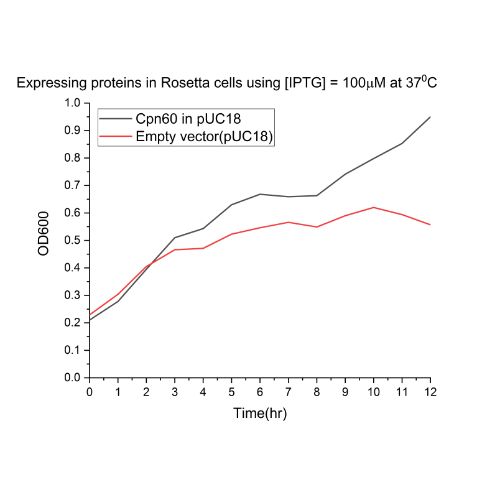 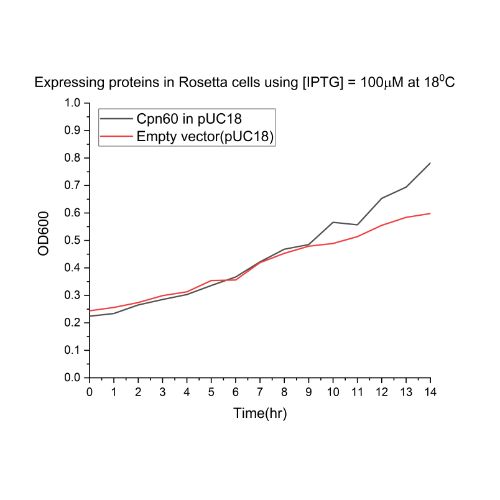 For confirmation, we also ran a whole cell lysate SDS page with induced Cpn60 cells, this gave a distinct band at approxiamtely 60kDa (actual weight of the protein is 56,872 Da). The gel image is as seen below 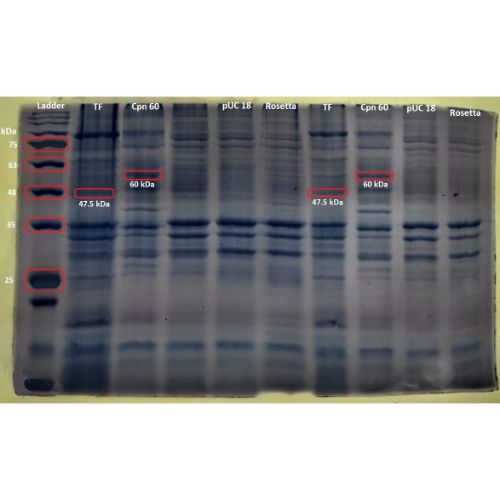