Protein Generator regulated by BBa_J23101 constitutive promoter with BBa_B0032 medium efficiency RBS, mRFP Reporter Coding Region and a double Transcription Terminators.
BBa_J23101 is the reference standard promoter for the computation of RPUs.
This measurement device belongs to a set of parts useful to estimate the RBS efficiency (BBa_K516130; BBa_K516131).

More details can be found at experience page :http://parts.igem.org/Part:BBa_K516132:Experience 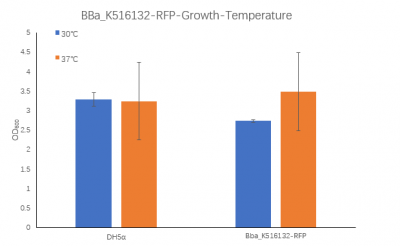 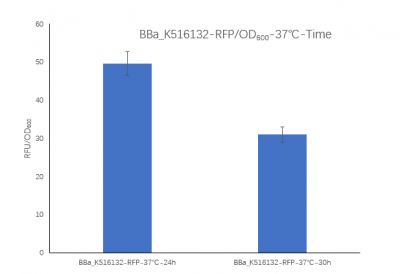 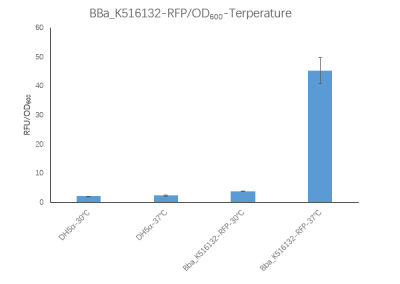 These results indicate that the BBa_K516132-RFP protein may be expressed more or more stably at 37 °C, which also means that it may be necessary to find a suitable culture temperature when expressing an unknown protein.