Used for a CAR

The synthetic receptors were constructed to contain an scFv derived from an antibody recognizing the virus spike protein, CR3022, which has been reported to bind with the receptor-binding domain of the SARS-CoV-2 S glycoprotein with high affinity, and the CD8 transmembrane domain present in the aCD19 CAR for T cells. For the cytoplasmic domains, we used the common g subunit of Fc receptors (CARg), MEGF10 (CARMEGF10), MERTK(CARMERTK) and CD3z (CARz) in our study.

CD8A is an integral membrane glycoprotein that plays an essential role in the immune response and serves multiple functions in responses against both external and internal offenses. In T-cells, it functions primarily as a coreceptor for MHC class I molecule:peptide complex. The antigens presented by class I peptides are derived from cytosolic proteins while class II derived from extracellular proteins. CD8A interacts simultaneously with the T-cell receptor (TCR) and the MHC class I proteins presented by antigen presenting cells (APCs). In turn, it recruits the Src kinase LCK to the vicinity of the TCR-CD3 complex. LCK then initiates different intracellular signaling pathways by phosphorylating various substrates ultimately leading to lymphokine production, motility, adhesion and activation of cytotoxic T-lymphocytes (CTLs). This mechanism enables CTLs to recognize and eliminate infected cells and tumor cells. In NK-cells, the presence of CD8A homodimers at the cell surface provides a survival mechanism allowing conjugation and lysis of multiple target cells. CD8A homodimer molecules also promote the survival and differentiation of activated lymphocytes into memory CD8 T-cells. 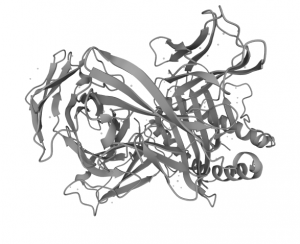