Properties: The promoter of efeB

In modern society, more and more people suffer from mild or severe depression. It has been reported that malondialdehyde (MDA) level in the plasma of depressed patients is significantly increased. After receiving conventional antidepressant treatment, the patient's MDA level decreased to the same as that of healthy people. Therefore, researchers believe that oxidative stress may play an important role in the occurrence and development of depression, and the activity of antidepressant therapy may be mediated by improving oxidative stress/antioxidant function. We attempt to express an antioxidant enzyme system (peroxidase gene efeB) in the cell or on the surface of the engineered probiotic bacteria to inhibit the production of malondialdehyde (MDA) by human cells and prevent cell oxidation from causing health damage to the body. So as to prevent or alleviate the condition of depression. The oxidation rate of peroxisome increases in proportion to the increase of oxygen tension. Especially in the case of high oxygen concentrations, the oxidation reaction of peroxisomes dominates. This characteristic allows peroxisomes to protect cells from the toxic effects of high concentrations of oxygen. efeB reduces the oxidative stress in the cell by competing with mitochondria for oxygen, and reduces the MDA produced during the oxidation of lipids.

Figure 1. Action and function of efeB in MDA reduction...

The growth of engineering bacteria under H2O2 treatment conditions 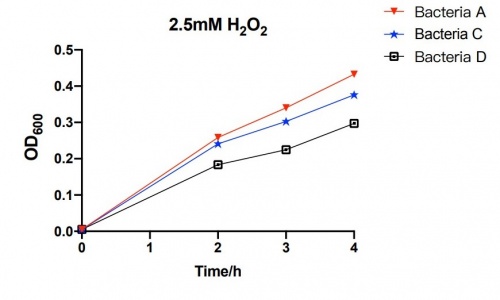 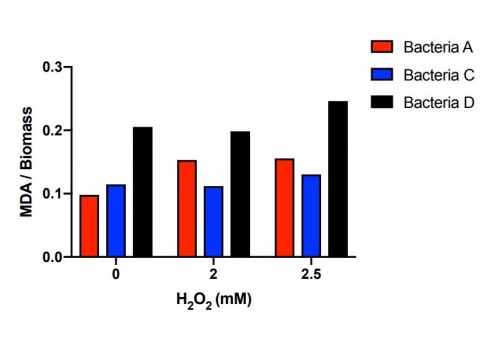 Figure 3. Histogram of MDA in the systems with different H2O2 concentration of bacteria A, C and D...