We performed gas chromatography to confirm the production of the esters, and the results revealed that MpAAT1 successfully converted alcohol and Acetyl CoA into our target esters (Fig. 2). 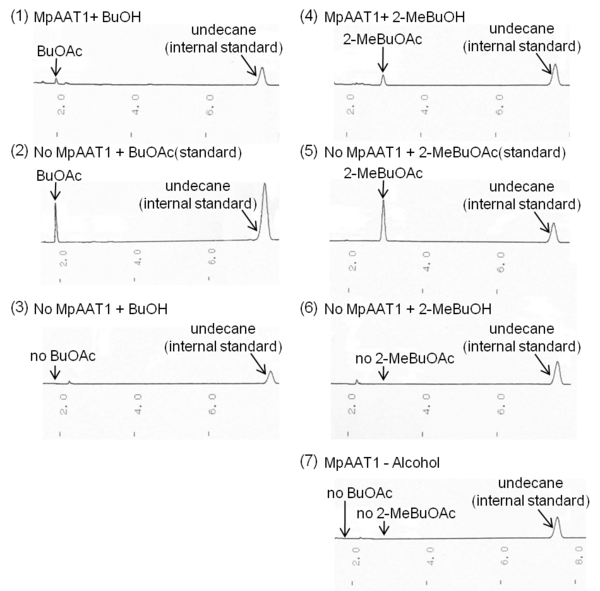