Under the combination of P70c promoter and UTR2, green fluorescent protein can be expressed. 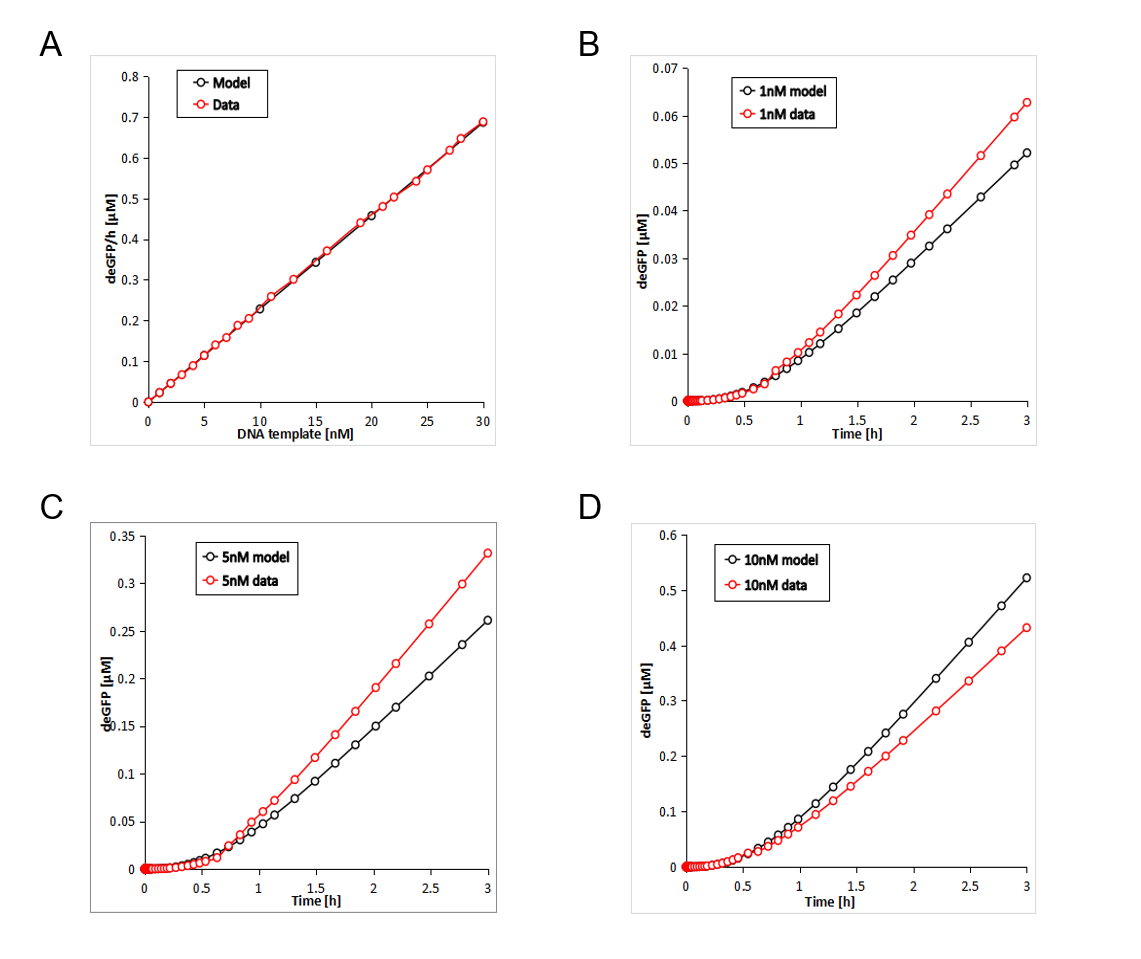 Figure 1. Comparing expression in TXTL reactions to the model. A) Maximum rate of deGFP synthesis expressed from varying concentrations of P70c-UTR2-deGFP. B,C,D) Kinetics of deGFP synthesis for the plasmid P70c-UTR2-deGFP at three concentrations: one below, one at, and one above saturation (A) 1 nM, (B) 5 nM, (C) 10 nM, shown for the first 3 hours.