UTR(Untranslated region (UTR) is the untranslated part at the 5' or 3' end of mature mRNA molecule, which generally plays an important role in mRNA transport, stability and translation regulation. The UTR1 sequence includes the T7 gene 10 leader RNA, which contains a strong ribosome binding site.

Figure 1: The sequence of UTR1.


In our experiment, we enhanced the expression of σ28 by adding UTR1 gene fragment before σ28 gene on the constructed plasmid. This part acts as a strong promoter. It can be combined with other genes to increase its expression. 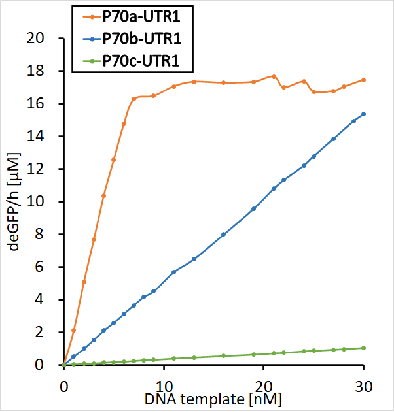