The smac-n7 is given a Cell Penetrating Peptide (CPP) consisting of 8 Arginine residues for efficient membrane penetration into mammalian cells .A protease cleavage site recognized by Matrix Metalloproteinases (MMP-3 and MMP-9) and Urokinase (uPa) will cleave the Smac portion once the FP reaches cancer cells .It is also linked with HlyA signal peptide (C terminal signal peptide) that allows secretion by Escherichia coli . A 6X-His Tag is given for efficient purification of the protein. 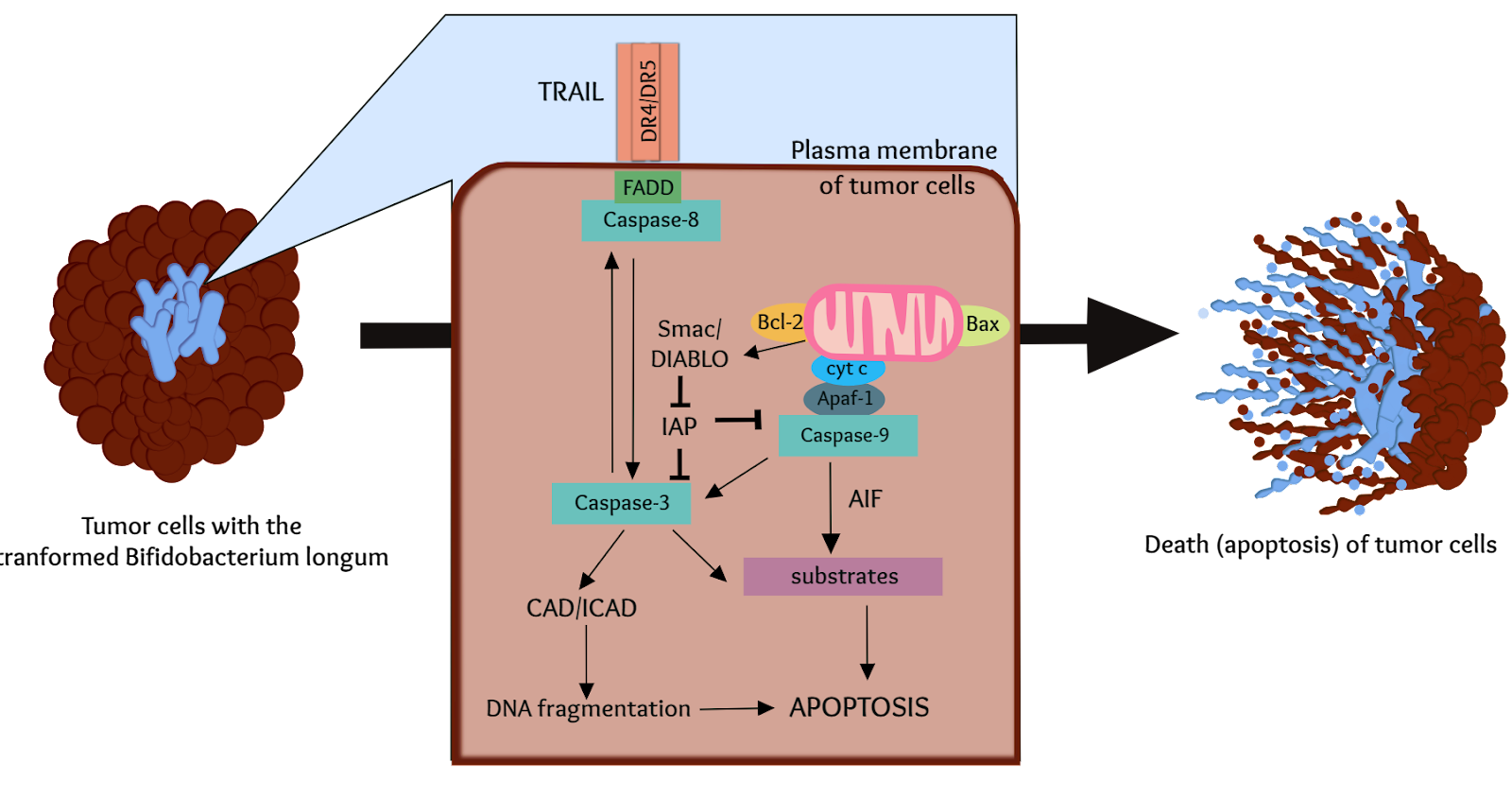 The fusion construct consists of a soluble portion of TRAIL (95-281) and N Terminal 7 amino acids of Smac which are the crucial region of both the proteins for inducing apoptosis in cancer cells. It has been observed that some cancer cells gain resistance against TRAIL by overexpressing IAP proteins like XIAP , that block the Caspase pathway of apoptosis. But as Smac/DIABLO can inhibit XIAP , combining both TRAIL and Smac in this fusion construct we have a potent cytotoxic drug that can efficiently induce apoptosis and kill the cancer cells .

Once the fusion protein reaches cancer cells, it will be cleaved by Metalloproteinases (MMP-3 & MMP-9) or Urokinase (uPA), which are proteases overexpressed in most cancer cells. The TRAIL portion binds to the DR-4 / DR-5 receptors, while the Smac-n7 along with the octa-arginine CPP , internalize into the cancer cells. 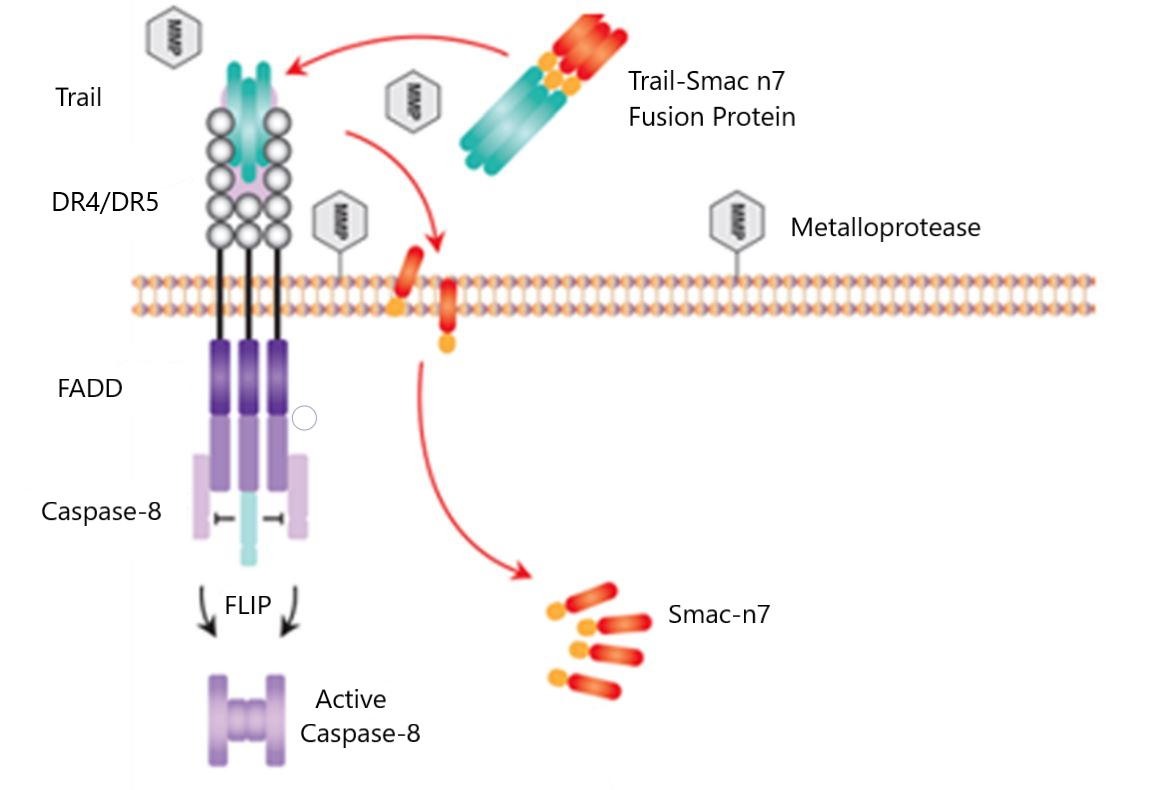 This FP was tested against a panel of cancer cells (including lung, colorectal, pancreatic, liver, kidney and uterine) and showed a potent cytotoxic effect, and it was well tolerated by animals and significantly reduced the rate of the tumor growth in colon and lung adenocarcinoma animal models [1]