This is a composite part composed of three genes: mCherry, sfGFP AmpR, that we used as reporters of our Evolution.T7 targeted directed evolution system. 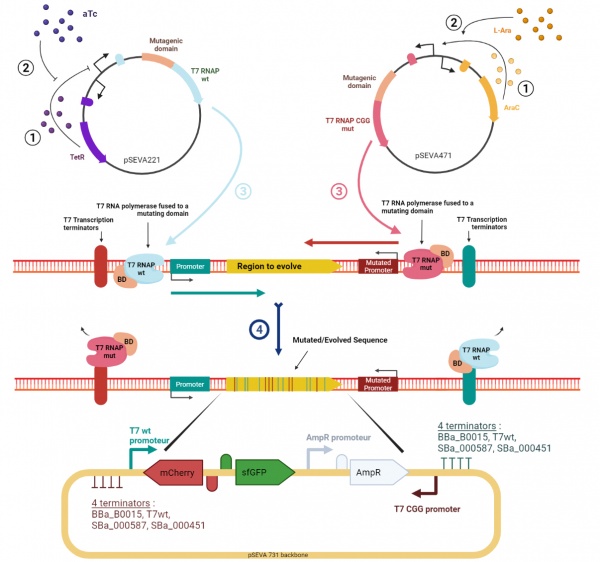 As a proof of concept of our targeted directed evolution system, Evolution.T7, we used this part to evolve the ampicillin resistance gene, AmpR, in a way that it would confer resistance against aztreonam, which is a powerful antibiotic against ampicillin resistant bacteria [8-10]. The collection of AmpR variants evolved to confer resistance to aztreonam (AZT-1 to AZT-34) is available in Parts Registry under the accession numbers BBa_K3766151 to BBa_K3766184.