pFadD_Lac is a fatty acid-sensitive promoter, one of the regulators in the enzymes of fatty acid biosynthesis in E. coli. It is composed of two fadR recognition sites. In the absence of fatty acids, an intrinsic transcription factor FadR acting as the repressor in the fatty acid metabolism system in E. coli. will attach to the promoter, and block the downstream gene expression. This has been proved to be effective by a previous iGEM team（NTHU_Taiwan）. [1][2] 2019 NTHU_Taiwan further modified pFadD promoter by replacing its CRP binding site with a LacI repressor binding site, which reduced expression leakage.

We combine the RBS(B0030) with the promoter pFadD_Lac which is sensitive to fatty-acids and use GFP to test the performance of the promotor by measuring the fluorescence intensity. After the successful transformation of the plasmid, we used different concentrations of fatty acids for induction for different times. The expression level of eGFP was determined by fluorescence detection with a microplate reader. 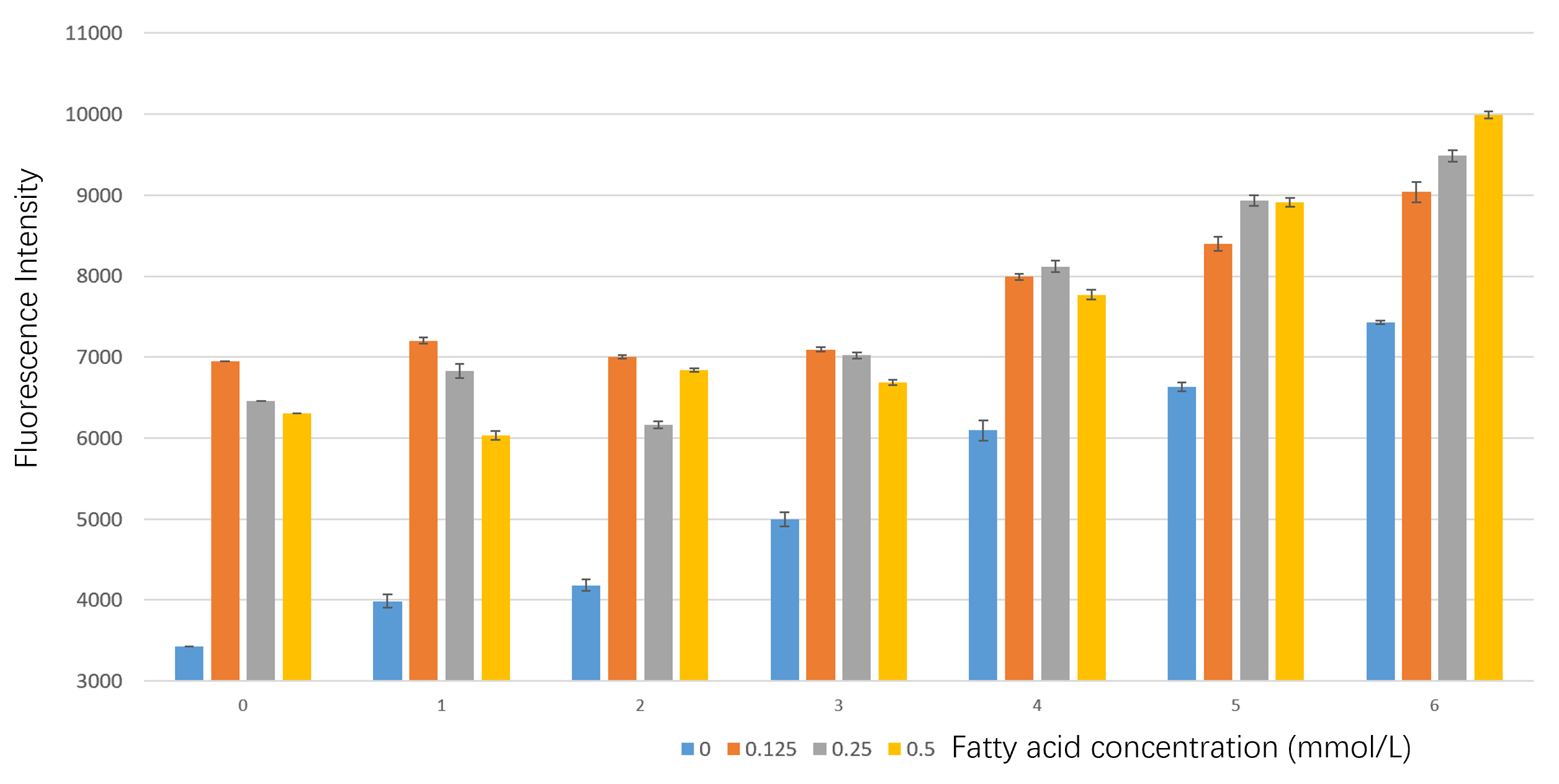 According to the results, we can find that the performance of our fatty acids-sensitive promoter is quite good to a certain extent, but with high leakage. We further optimize it in BBa_K3763003.