This year, We adapted the part (BBa_K3653000 ACE2) to be able to construct ACE2-293T stable cell line as target cell of SARS-COV-2 . Based on this part, we created our part (BBa_K3760004 hACE2-T2A-mRFP) to screen the viable monoclonals easily in the construction of ACE2-293T cell line.We have assembled this improved part with a 3rd generation lentiviral vector to be co-transfected into 293T cells with packaging plasmids. This part makes it easier to screen the stable cell line.

Construct this part to lentivirus vector

ACE2 (2445 bp) and RFP (678 bp) were amplified by PCR, and the end of ACE2 gene and the beginning of RFP were added with parts of sequence from T2A gene. Then we use Overlap PCR to connect them together.The target band was selected, and the specific DNA band was excised. The linearized lentivirus vector was ligated with the hACE2-T2A-mRFP gene fragment. Recombinant plasmid transformed into competent cells E. coli Stbl3(Figure 1 and 2). After overnight culture, the bacterial colonies plate were picked for colony PCR. 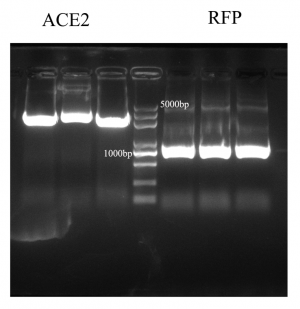 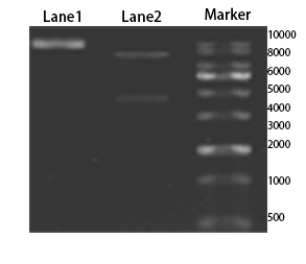 Verify this part in prokaryotic system

Except above work, we also clone this part to linear baterial plasmid pSB18a (a self-constructed variant of pSB1A3 carrying the lac promoter) based similar method. The flouresent image obtained by Olymbus BX53 fluorescence microscope also proved a successful construction (Figure 3). 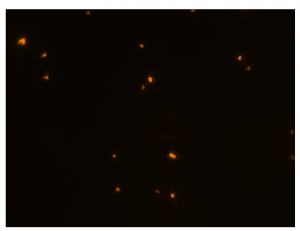