The target gene of pDawn blue light response system (BBa_K1075044) and Lysis Cassette LKD16 (BBa_K3740032) were insert into the pSEVA331 expression vector. Then, random primer guided mutagenesis method to modulate the strength of the RBS (BBa_B0034) located upstream of LKD16. After introducing into E. coli DH5α, E. coli isolates that normally grow in the dark and cannot under the light of 470nm blue light were screened. Finally, the pDawn-RBSNNN-LKD16-rrnB T1 plasmid was extracted, and further introduced into G. hansenii ATCC 53582, in which the responsiveness of pDawn to blue light was also verified.

As shown in Figure 2, the 4th, 9th, 10th and 12th of the plate can grow normally in the dark, but not grow under blue light, indicating that LKD16 can induce lysis in E. coli in response to blue light. 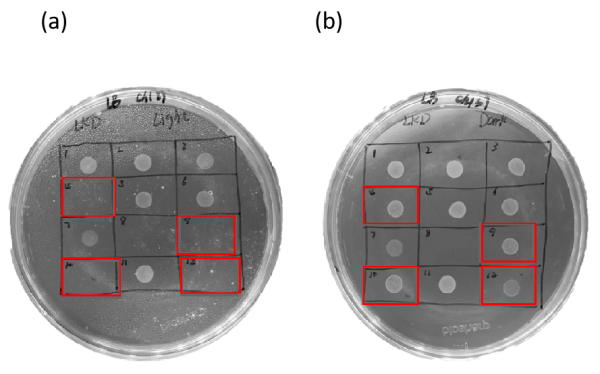 Figure 2. The growth status of pDawn-RBSNNN-LKD16-rrnB T1-pSEVA331-DH5α under blue light (a) and dark condition (b).

As shown in Figure 3, although 7th, 8th, 9th, 13th and 17th on the plate can grow under the dark, not grow under blue light, the growth of the bacteria under dark conditions is abnormal. Therefore, although the LKD16 cleavage protein has a cleavage function, its function is not very stable. 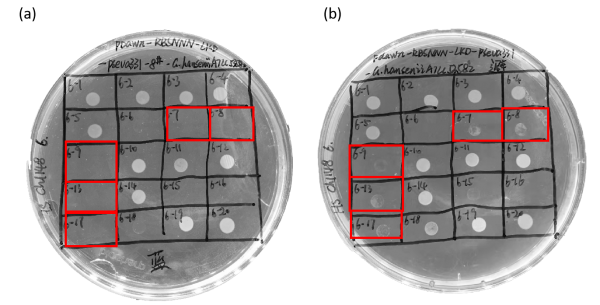