This gene is derived from Abies grandies. This gene can encode the enzyme geranyl pyrophosphate synthase, which is used to catalyzed the reaction of IPP and DMAPP to form geranyl diphosphate, the precursor of monoterpene. In our project, the geen GPPS is constructed into plasmid to form pBR322-KanR-pTac-GPPS-MS.

This part，Part:BBa_K2615996，Part:BBa_B0034 and Part:BBa_K3595015 can be combined to form a composite part，which can be expressed downstream of the promoter pTac in the presence of IPTG. We constructed plasmids pBR322-KanR-pTac-GPPS-MS. The constructed plasmid was cotransferred into E.coli DH10b host cell with plasimd pMevT, pMBIS to test its production of myrcene. 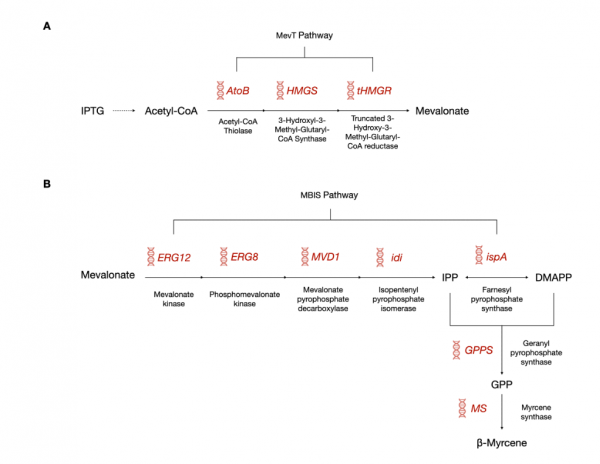 The metabolism pathway of myrcene. (A) The MevT pathway. (B) MBIS Pathway and genes GPPS and MS 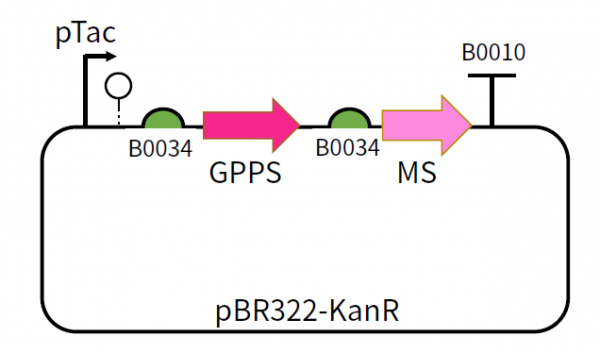 The structure of the plasmid pBR322-KanR-pTac-GPPS-MS 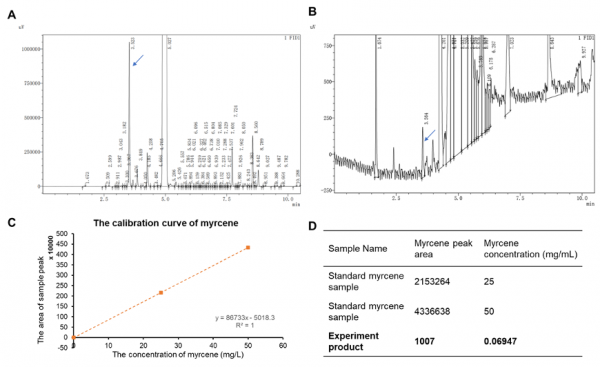