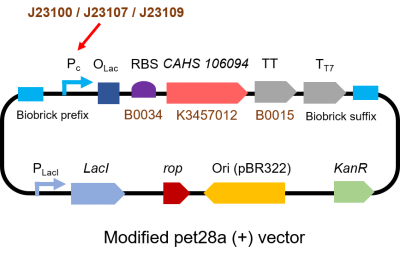 Then, by freeze-drying and recover experiment, we found that compared with the control group (sfGFP), the bacteria expressing CAHS 106094 with J23107 had a better survival rate than the control group, but the survival rate was not as high as that of J23100 group (Fig. 5). This indecated that J23107 is a moderate promoter and can produce CAHS 106094 to protect bacteria, but not quite enough.