Our favorite composite part BBa_K3396012 is a plasmid platform on which different targeting domains and protein dimerization pairs can be easily installed into the Predator Pro system. The subpart BBa_K3396007 functions as the E3 ligase to degrade target protein. The protein region BBa_K3396014 and BBa_K3396015 can be replaced into different protein dimerization pairs in order to achieve signal responsiveness. The BBa_K3396013 part can be replaced by other targeting domains (ScFv. Nanobody, ligand, etc.) to mediate targeted degradation. The parts BBa_K3396013- BBa_K3396015 were designed with flanking BsmBI, BsaI and AlwI sites for the scarless replacement of these parts.

As a member of the collection Predator system, special designs were taken for to optimize the applicability and adaptivity of such parts. Specifically, a novel designed substitution system, through which, two proteins could be fused with their corresponding fragment at the same time using Golden-Gate Assembly, was introduced to dramatically simplify the cloning process.

We use Golden-Gate Assembly to replace Replaceable-1 with FRB fragment, Replaceable-2 with FKBP-FKBP fragment, Replaceable-3 with GFPnano fragment. This system can be used to degrade the specific GFP. This new part is registered as BBa_K3396010. To test whether the GFP levels can be tuned and continuously regulated by rapamycin, co-transfection of a EGFP expressing plasmid and Predator Pro system were performed. Result showed that there was a significantly decrease in GFP fluorescence (Fig 2A) in BBa_K3396010 expressing group comparing to the control group. Florescence quantification showed that GFP was significantly degraded to about 13% of the original level with the appearance of BBa_K3396010, which confirmed that GFP Predator could be used to degrade target protein with high efficiency (Figure 2B). 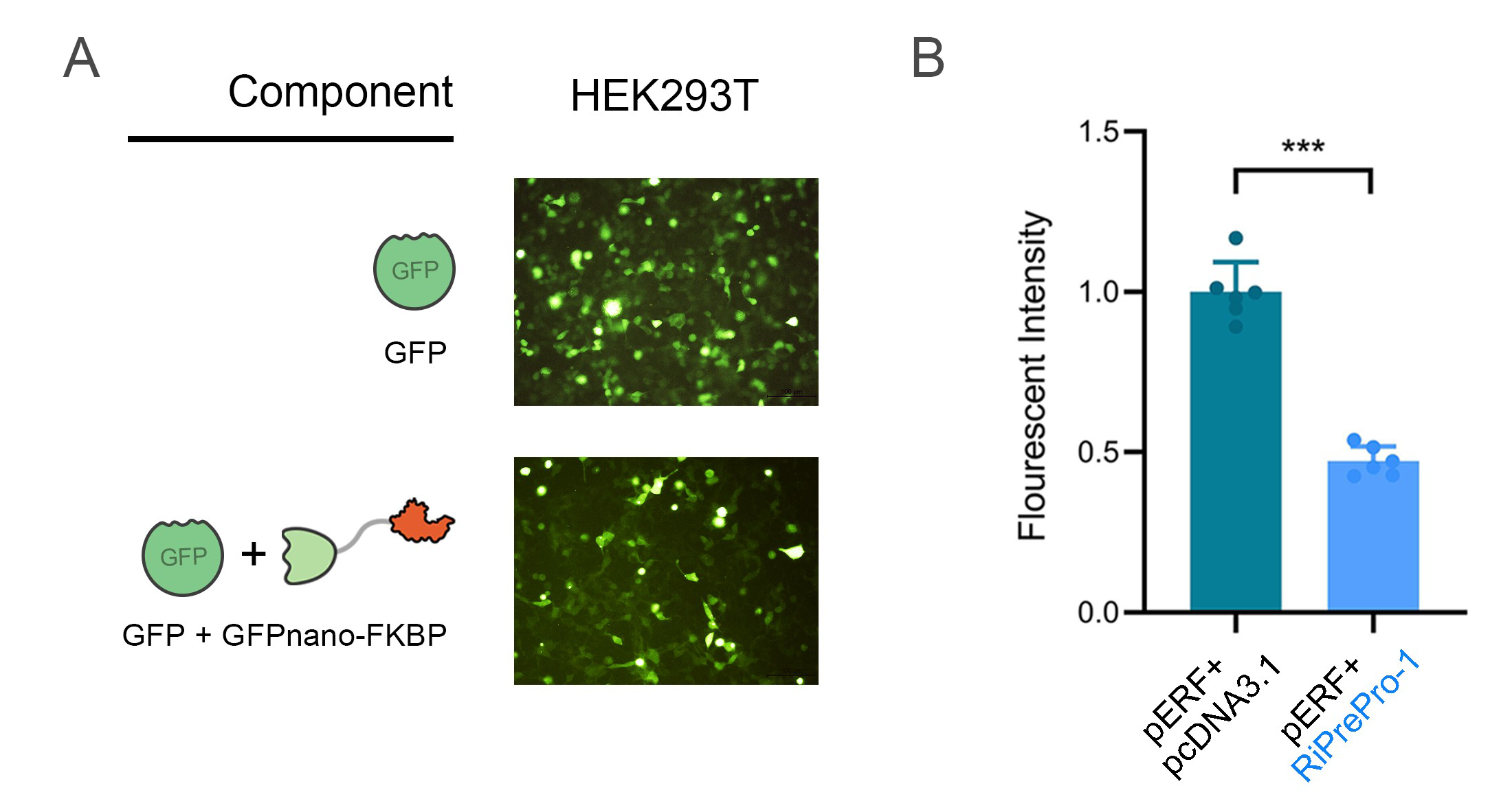