Figure 1) The GUS staining with the upper row of leaves is 35S, and is much stronger than the lower leaves which are using the RTBV promoter instead. 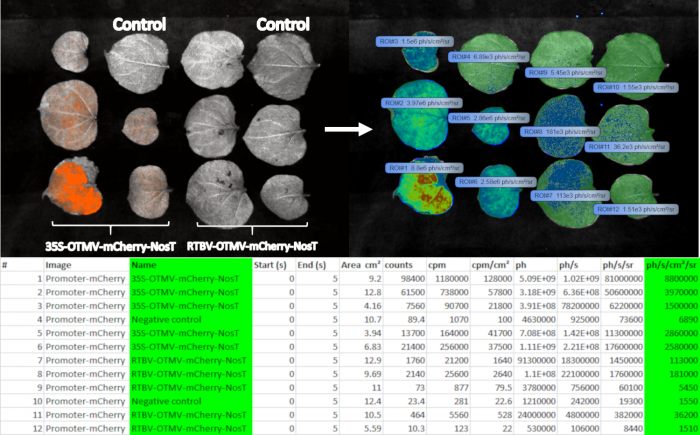 Figure 2) The quantification report of the 35S promoter when linked to mCherry. This shows the raw photon output of leaf tissue in the table below it too, suggesting that the 35S CaMV promoter has expression 1000x that of the background level, and between 10-100x that of RTBV.

We also performed an assay using eGFP to quantify this promoter. We used the RTBV promoter as it is supposed to have higher expression in vascular tissue, which Figure 3 shows. However, the raw quantification report did not show that it had significantly higher expression than control leaves, even though the values were higher. 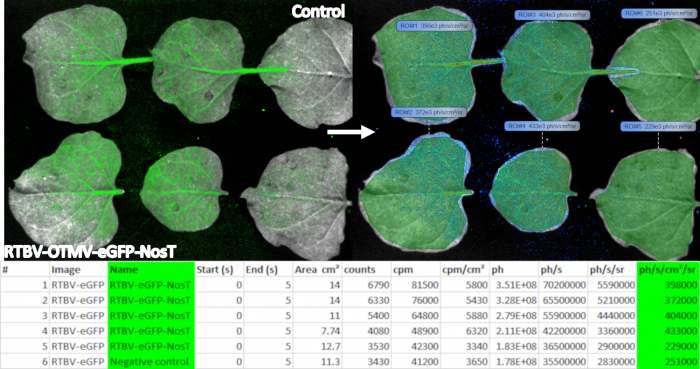