Not Released
Sample It's complicated
Experience: None
16 Uses
Get This Part

We have used this RBS in 3 transcriptional units with the same CDS (BBa_K2656022) and the same terminator (BBa_K2656026) to test the relative strength of our 3 different constitutive promoters:

Part BBa K2656009 has been validated by Madrid_UCM_HS team in their model as it has been effectively assembled by Golden Gate strategy, and works as expected as production of the enzyme flavanone 3-hydroxylase measured by the appearance of its product, dihydrokaemferol, indicates. 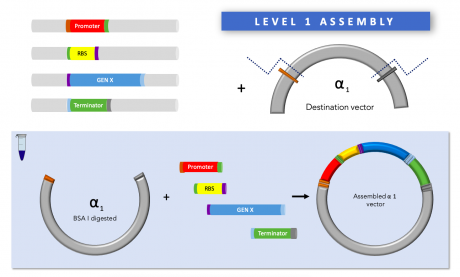 Schematic illustration of the assembly of a transcriptional unit (TU), composed of promoter (P), a ribosomal binding site (RBS), a gene and a terminator (TT) in a vector using the Golden Gate Assembly strategy. 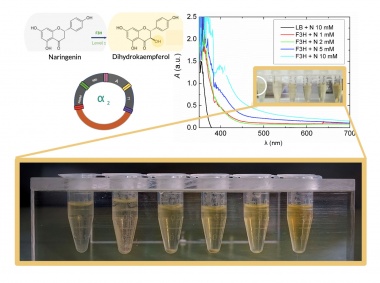 Cultures exhibiting a deeper yellow in presence of increasing amounts of precursor, and the spectra of these cultures with the highest absorbance at 400nm at the maximum naringenin concentration.