In order to achieve cell lysis, we usually express the lysin gene. Then we find the part BBa_K2277000, which constructed by 2017 iGEM team ZJUT-China. They construct the lysinene in the plasmid. But in most cases, resistance genes will be added to plasmids in order to screen transformants. So we choose to construct the lysingene directly into the genome,for two advantages. First, it can reduce the number of plasmids that need to be transformed in the engineering bacteria, which can reduce the additional metabolic pressure. Second, it can avoid the addition of new resistance. We added the E.coligenome homology arm to both ends of this part. The genomic homology arms at both ends of our part allow us to insert this part into the non-metabolic pathway on the E.coli genome.

We first built this part on plasmid T vector. To verify whether the expressed lysin protein has the function of cell lysis, we used E.coli MG1655 as a chassis. we transformed this plasmid into MG1655 and characterized the function of the lysin gene based on the growth curve of the bacteria.

When the function of lysin protein was verified, we started to construct this part in the genome of E.coil MG1655 by using CRISPR/Cas9 system.

Before genome editing, we first tested the cleavage function of the part containing the genomic homology arm on the plasmid. Our part is built on the T vector. The result is shown in Fig 1: Our results show that when we added arabinose(the concentration is 10mM) to inducelysin gene expression, the OD600 value of the bacterial culture was significantly lower than that of the control group without arabinose induction. And comparing with adding arabinose after 4.5 h of culture, when we added arabinose at the beginning, the OD600 is lower.
Our vector experiments have initially confirmed that the expression of the lysin gene is effective for cell lysis. Based on the results of this experiment, we inserted the lysis part into the E.coli genome by CRISPR/Cas technology. In order to obtain a transformant that was successfully inserted the part into genome, we screened by plate streaking, and the experimental results are shown in Fig 2: We selected 34 transformants for plate streaking, and 5 of them showed lysis effects on arabinose containing plates. They were probably the strain we have insert lysis part into genome. And finally we got a strain with a significant lysis effect after arabinose induction, and we named it E.coli MG1655-Lysis. You can see the result in Fig. 3. We obtained the plasmid vector containing this part from 2019 iGEM team ZJUT-China. We transformed this plasmid into DH5α and BL21 (DE3) and mapped the corresponding growth curves to characterize the function of this part.In addition, the method of slab coating is used to further characterize the bactericidal effect of lysin. 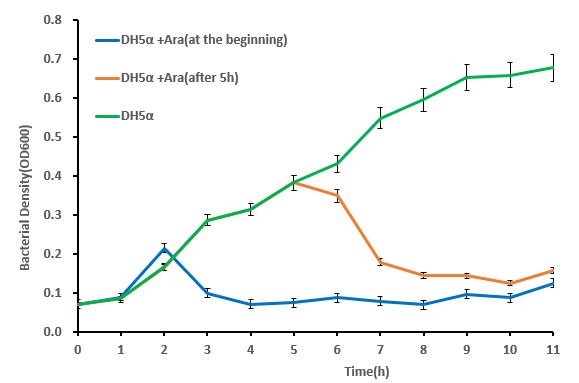 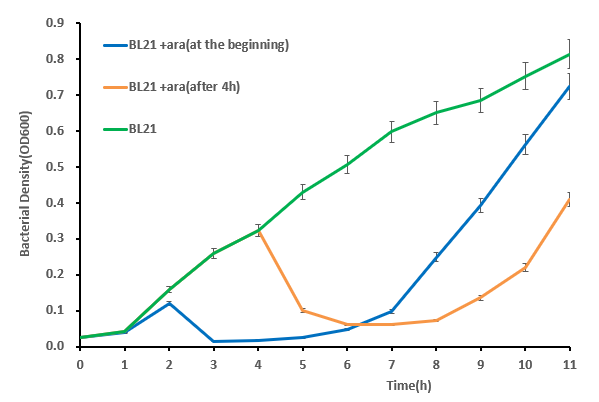 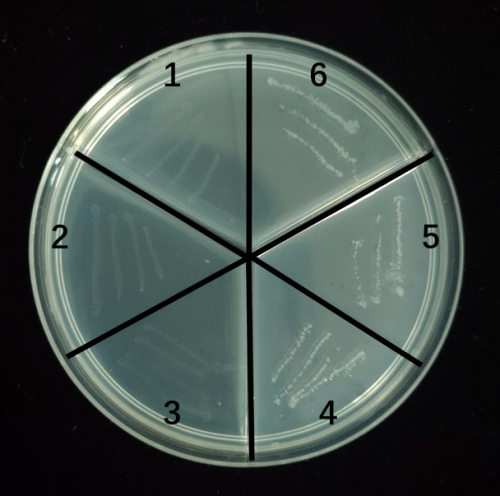 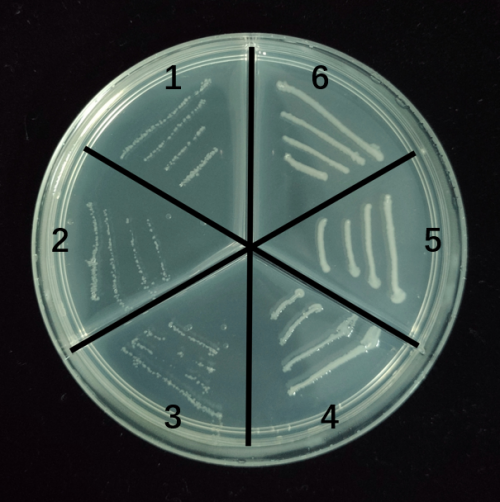 The results of the coating plate experiment (Fig. 3 and Fig. 4) showed that the number of colonies in the blank group was significantly higher than that in the experimental group, so the lysin had significant bactericidal effects on both E.coli DH5α and BL21(DE3). The final concentration of ara is 10mM. 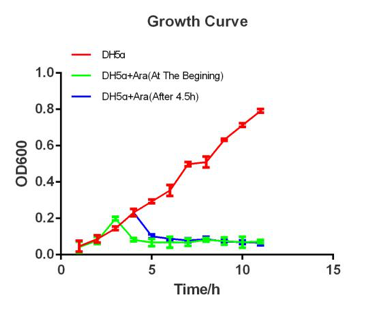 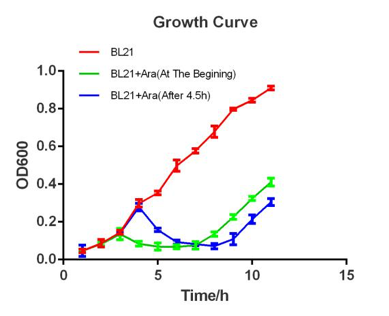 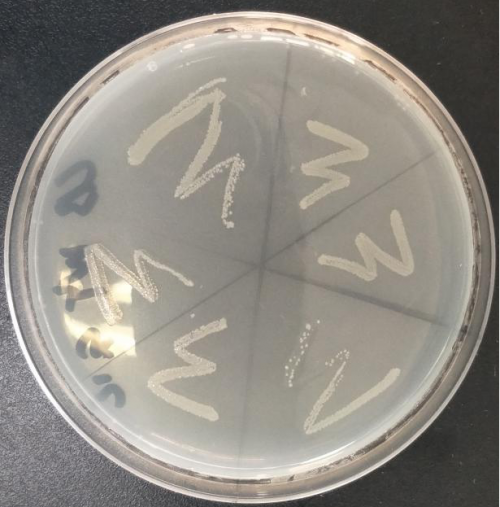 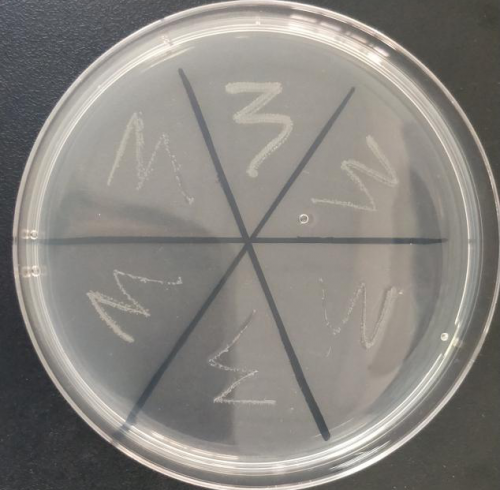