Not Released
Sample It's complicated
Experience: None
11 Uses
Get This Part

This codon optimized mCherry for Escherichia coli K12 is derived from (BBa_J06504). The optimization has been performed with help of JCAT.

Before optimization, the CAI-Value of the original sequence was 0.387 with a 62% GC-Content. The optimization allows a CAI-Value for the improved sequence of 1.0 with a 47% GC-Content. NcoI and BbsI restrictions sites have also been removed to allow potential Golden Gate Assembly use and complementarity with the Universal Biosensing Chassis (BBa_K2448023 and BBa_K2448024)

mCherry is a fluorescent monomeric protein widely used in biotechnology. Like the majority of red fluorescent proteins, it is derived from the Red Fluorescent protein from Discosoma sp. mCherry is sometimes preferred over other fluorophores due to its color, its rapid maturation time (t0.5=15 min), its lower brightness (around 50% of eGFP) as well as its improved photostability and resistance to bleaching. Figure 1 illustrates the intense colour of mCherry expressing E. coli cells. 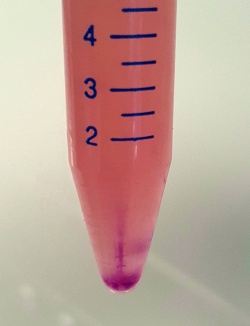 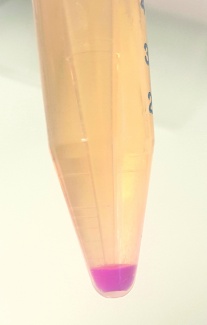