This part contains the native pmtlE promoter ligated upstream of GFP (E0040). pmtlE is the intergenic region between mtlR and the mtlE coding region in Pseudomonas Flourescens. GFP is taken from the parts registry E0040. This reporter plasmid was used in conjunction with a regulatory plasmid in order to induce the pmtlE.

The mannitol operon exists naturally in P.fluorescens. The regulatory protein in this operon, mtlR, binds with sugar to induce the mtlE promoter. This promoter has found to only be inducible from the binding of the mtlR protein-sugar complex. This system naturally induces the transcription of mannitol metabolism genes within P.fluorescens. For this reporter construct pmtlE was ligated upstream of GFP, which would allow for fluorescent measurements.

In order to test the working of our reporter constructs, these were ligated into E.coli, DH5a cells. We studied the indiction of this promoter with mtlR with a number of different sugars, mannitol, sorbitol, sucrose, xylose, ribose, and fructose. The reporter plasmid was tested alone with these sugars as well as being tested alongside the regulatory plasmid. 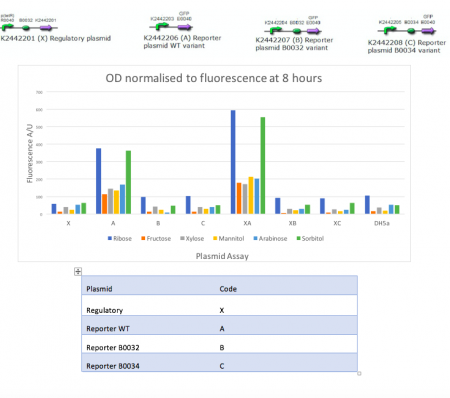 Figure 1: GFP response to the sugar induction of regulatory and or reporter plasmid