We want to find how effective this Protease can be on the insects’ shells so that we can adjust our final product in the future.

In this experiment, in order to find if our protease can decompose the protein layer of scale insect and how effective this Protease can be on the insects’ shells，we submerged scale insects (dead and we have resolved its wax layer)in our protease for 72h (37℃）and used Electron Microscopy to scan the surface of shells.

(The Ultrasonication we used) (The solution after centrifuging, and Protease is the clear liquid)

3：Eliminate the Wax on scale insects’ shells. We used alcohol solution (C=75%) to soak scale insects for 1h and killed them in this step. [The wax can solute in alcohol] (After eliminating the wax on the shell, we got the scale insects that just covered with protein.)

5: Move these dishes to incubator that held temperature in 37℃. We waited for 72h and then took out the dishes.

6: The student of Shenzhen university helped us to scan the surface of scale insects by using Electron Microscope (S100). 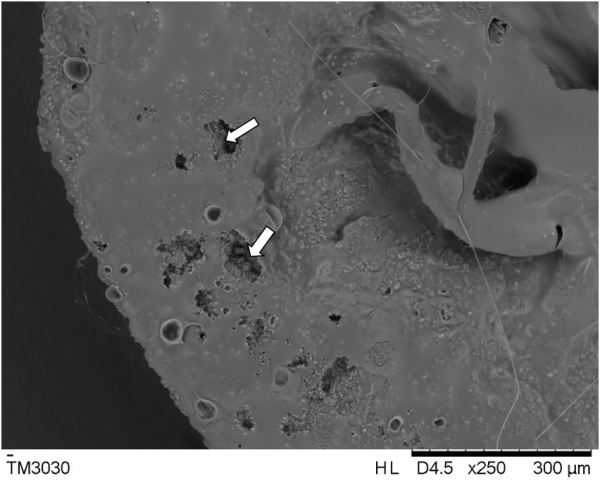 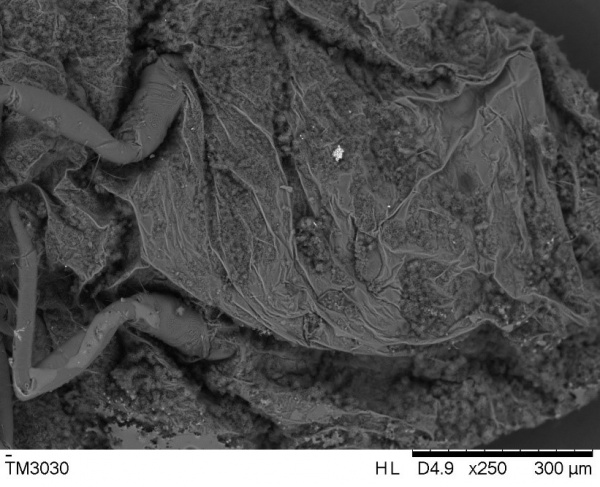 The sample in the experimental group (arrow marker) has obvious erosion marks, compared to the control group, which is relatively complete and flat.

The shell soaked in protease appears to be very different from that in the control group. In control group, structure was relatively complete and the characteristics were clear, but the insect‘s shell of the experimental group had lost its structural characteristics under the action of protease, and the outer shell was severely eroded.

Basing on our experiment result that experimental group shows significant erosion, we prove that our protease can degrade scale insect’s protein layer on its shell under ideal conditions. Thus, we can conclude that our Proteinase is expressed successfully in the E. coli expression system, and has the ability to degrade the protein structures on scale insect. This experiment sets stage for our future experiment to test whether this enzyme is able to work under real condition (using living scale insects）, in which we are not allowed to carry out experiment at present due to the safety policy.