Not Released
Sample In stock
RFC: 25
Experience: Works
10 Uses
2 Twins
Get This Part

This part codes for a protein that recognizes and forms a covalent isopeptide bound to a oligopeptide. That oligopeptide can be found under BBa_K1159201. In contrast to the original SpyCatcher this part only contains the essential part for forming isopeptide bounds and does not contain a N-terminal His-tag and TEV cleavage site. Furthermore two amino acids were exchanged to improve the function, Ile34 was replaced by Glu34 which enhances the reaction rate, also the exposed hydrophobic redidue Met69 was replaced by Tyr69. This part is flanked by RFC[25] pre- and suffix for further protein fusions. 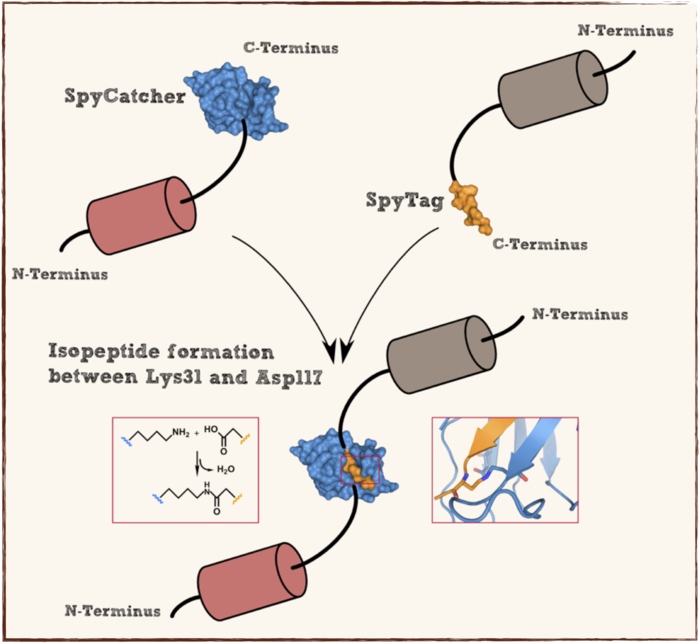 Proper funtion of the construct was verified in a pulldown assay using 10 μM of SpyCatcher with N-terminal HisTag which was incubated with 5 μM of C-terminal spytagged SYFP2 for 1 h in PBS. Afterwards HisTag beads were added to bind the fusion product, resulting in a decrease of spytagged SYFP2 in the supernatant. The results of this assay are shown in Figure 2. The results show that after one hour at room temeperature, a two fold change in relative absorbance was observed. This verifies that the construct is working as intended. 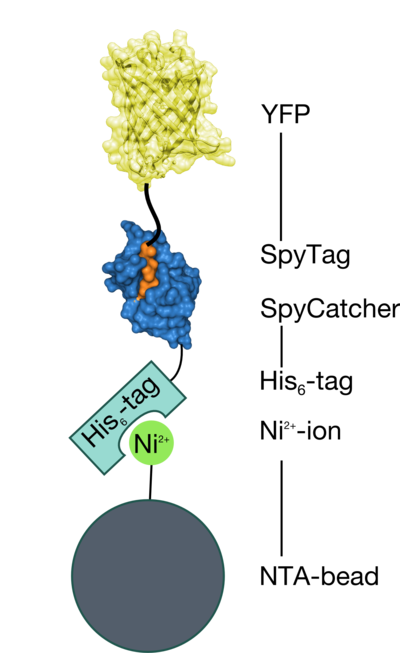 Figure 2: Experimental setup of the pulldown assay for the SpyTag/SpyCatcher system. 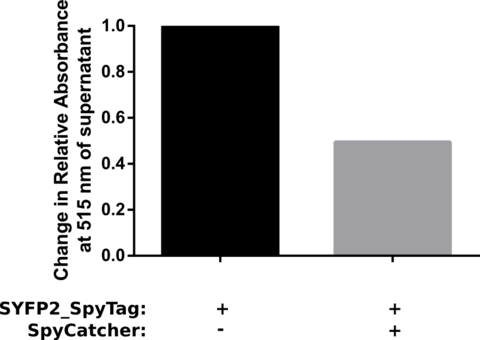 Figure 3: Results of the pulldown assay for the SpyTag/SpyCatcher system. 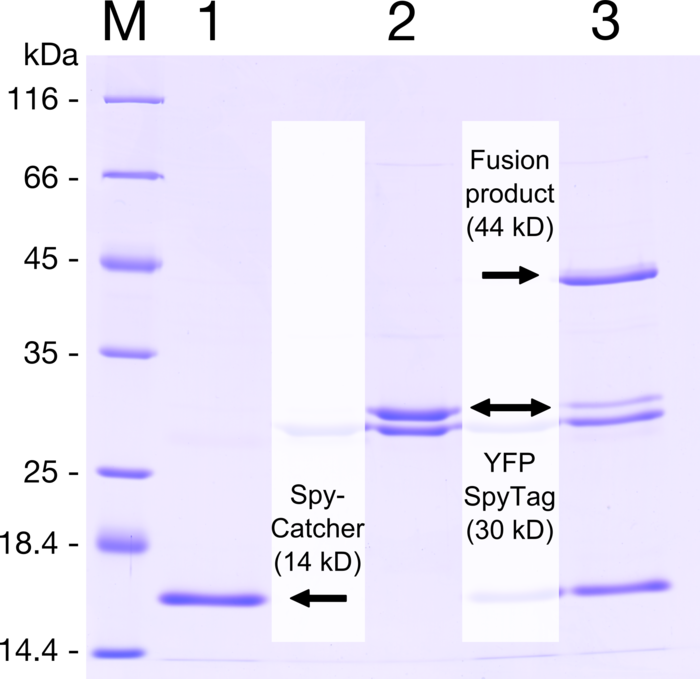 Inspired by the self-catalysis, Peking iGEM 2016 fused three SpyTag spaced by (VPGVG)4 with 6xHistag in N-terminal and other functional protein modules in C-terminal. The network forming capacity is not affected. Moreover, E.coli has successfully secreted our fused protein when a few of specific signal peptides are added. 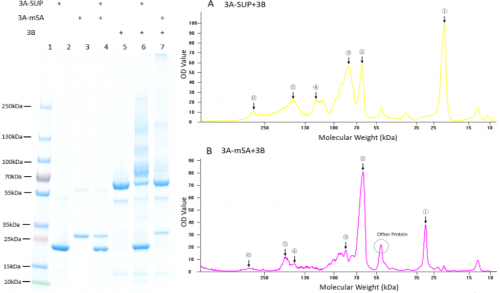 In the experiment, an equal amount of SpyCatcher protein (SpyC) and SpyTag inserted TmEncapsulin (SpyTmEnc) were mixed and incubated at room temperature. At different time points, 10 min, 30 min, 60 min, 180 min, 360 min, 1200 min, the reaction was stopped by adding 2x SDS sample buffer. Mixed samples were assessed with SDS-PAGE. The intensities of the conjugated bands were quantified.

As shown in Fig. 1, conjugated bands become evident gradually (labeled with arrow). Signals were quantified and summarized in Fig. 2. The reaction looks saturated after 360 minutes, even though substrates still remain a lot. This might be explained by water evaporation while incubation. Otherwise, it is possible that a bound protein prevents another protein from binding to near sites on a capsule cage. If it is the case, it might limit the number of binding proteins on a capsule. 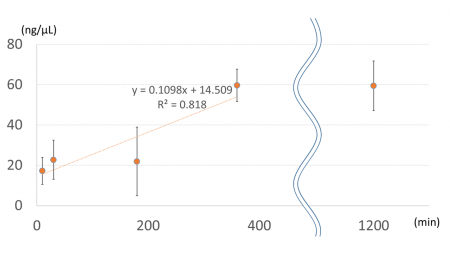 This part has been improved:BBa_K2273015
[edit]
Categories
Parameters