TrxCp (Part:BBa_K1104201) is an OxyR-induced promoter, and was used as sensor to ROS (Reactive Oxygen Species).

In this device, after TrxCp (Part:BBa_K1104201) is activated, GFP generator Part:BBa_E0840 takes as input a transcriptional signal (PoPS) and produce as output GFP (green fluorescent protein). We induced TrxC promoter by different concentrations of H2O2, and measured the expression of GFP, and identified the strength.

We characterized TrxCp by following these Promoter Testing protocols. It shows the protocols we used for promoter testing. More details about ROS-induced promoters are in page: Sensing Nosema ceranae. 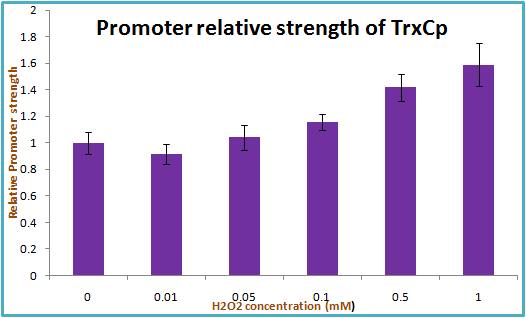 Strengths of the basal level of various promoters that respond to reactive oxygen species with respect to BBa_J23101: 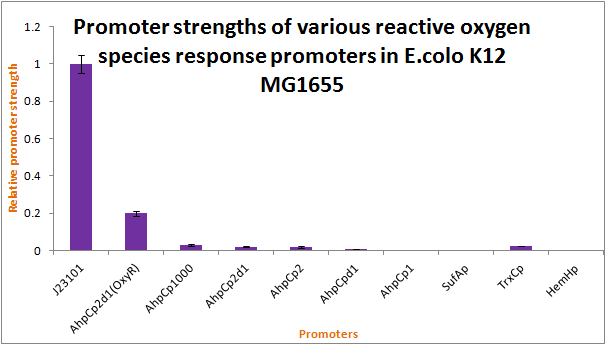