This chromoprotein (also known as FezziwigYFP) naturally exhibits strong color when expressed. Compared to many other chromoproteins, such as amilCP (BBa_K592009), amilGFP (BBa_K592010), spisPink (BBa_K1033932), asPink (BBa_K1033933) and aeBlue (BBa_K864401), the color development is slower. The color is readily observed in both LB or on agar plates after 24-64 hours of incubation. 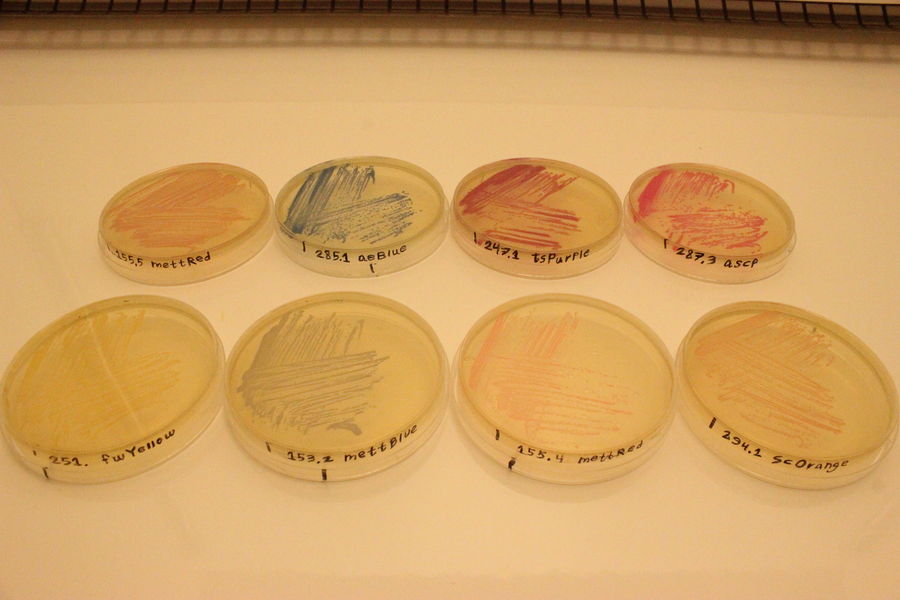 The NWU-China team overexpressed fwYellow protein in E. coli and extracted and purified. The maximum absorbance was measured in a 96-well plate using a microplate reader (Synergy 2). 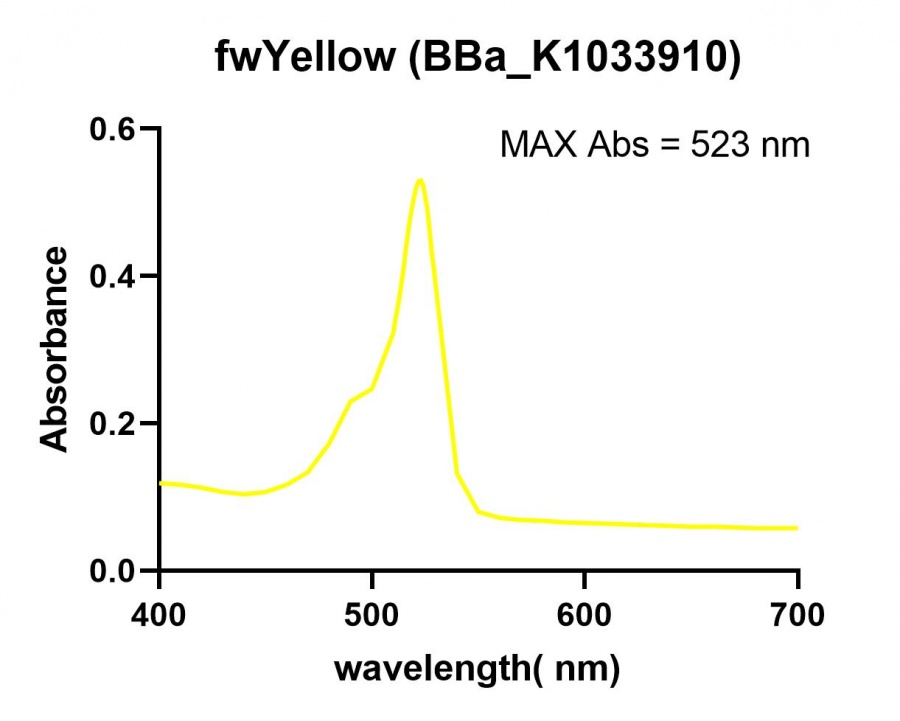 At the same time, fwYellow can emit strong fluorescence under blue light excitation.

Figure 1. under blue light excitation, The left one is fwYellow

Last year, our college team NWU-China did not measure the specific values of fwYellow excitation light and emission light accurately. This year, the NWU-CHINA-A team overexpressed fwYellow protein in E.coli and extracted and purified again.
After 16 hours of fermentation, we added IPTG to overexpress this chromoprotein and continued to cultivate for three hours. Then we centrifuged the broth by High speed freezing centrifuge (4℃,8000rpm,15min). Added the lysis solution according to the ratio of the bacteria’s wet weight to the lysis solution 100mg:3ml, and broke the cells in the ultrasonic cell disruptor(500w, work 3s,Stop 5s, 20min),then centrifuged again to get the protein supernatant (4℃,8000rpm,15min). The wavelength of excitation light and emission light was measured by fluorospectro photometer(F-4700). Figure.1 under UV excitation, The right one is fwYellow
We scaned the 3D diagrams of samples to read the best conditions: Ex=508nm, Em=510nm.