Use of this promoter by team Glasgow 2014

The promoter strength was measured by using the reporter gene rfp.
Three different approaches were used: 1. RFP measurement, 2. qRT-PCR analyses and 3. single cell microscopy. Moreover, the first and the second approach characterised the promoter activity along the growth curve and to three important time points, respectively.
Taken together, the majority of our results from these approaches suggested that BBa_J23116 has stronger promoter activity compared to BBa_J23117, but a lower promoter activity than BBa_J23110 and BBa_J23118. For a more detailed discussion, visit our wikipage. 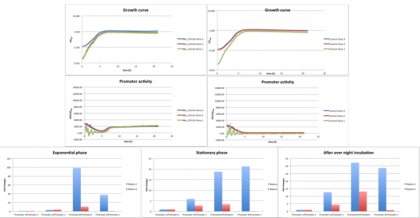 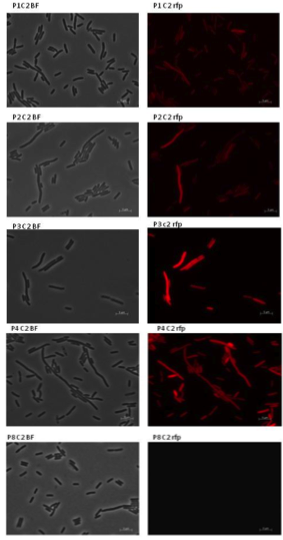