First, we measured the strength of the promoter by sfGFP BBa_K3457015. 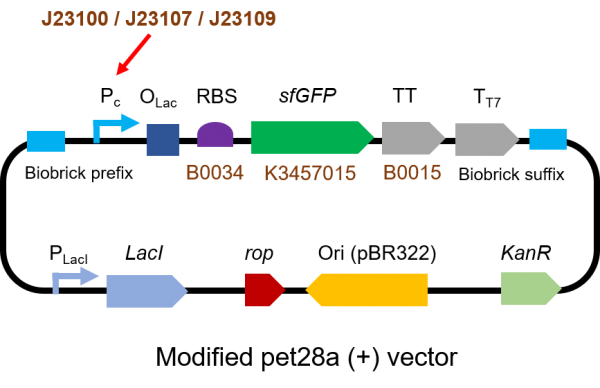 We set the strehgth of J23109 as 1. The relative strengths of J23107 and J23109 were 4.4 and 12.0. Though they are not the same as the data at the top of this page, they worked well anb the strength order of the three promoters was accordance was consistent with other people's data. The difference may owe to the certain gene circuit and protocol. 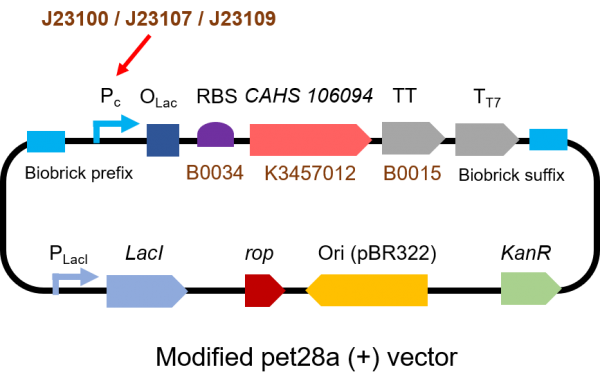 The protocol is as below: 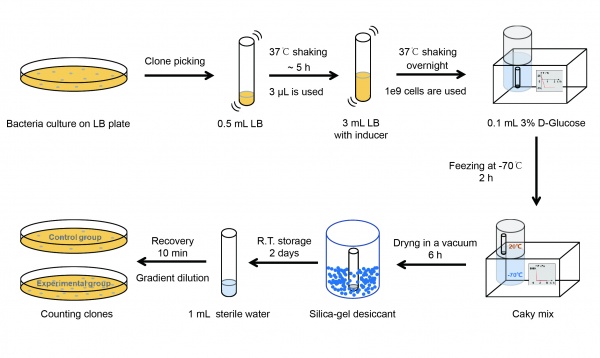 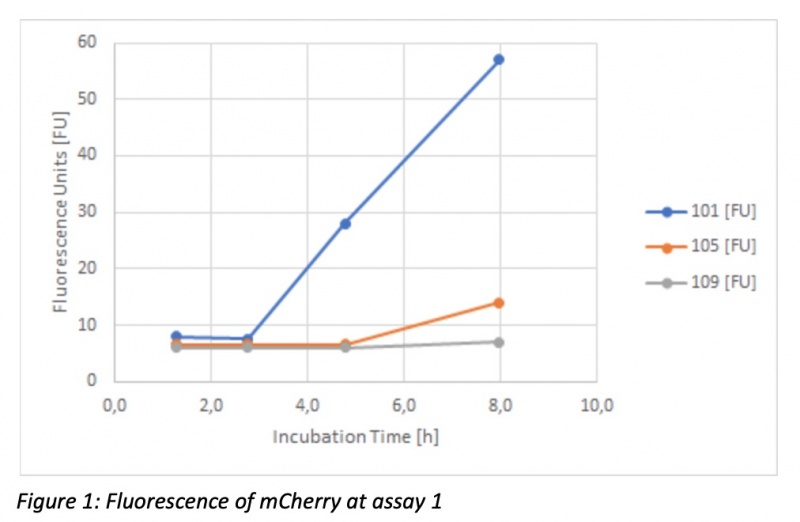 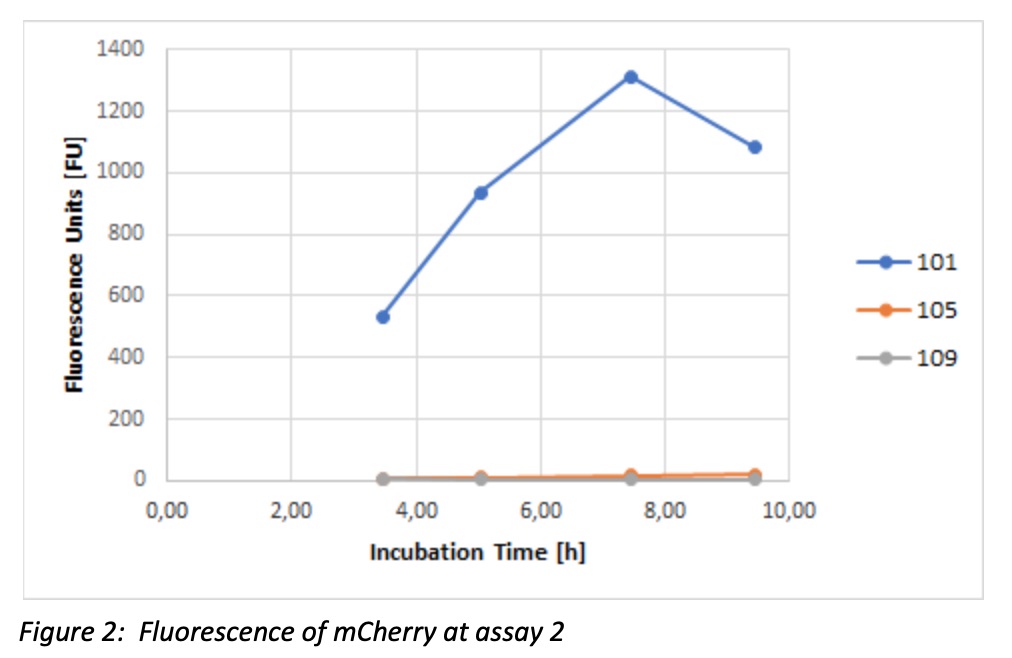