BBa_E0840 is commonly used to quantify the function of transcriptional control devices.

GFP in the reverse direction are especially useful as outputs of genetic switches in which the coding regions of GFP are inverted by the recombinases. 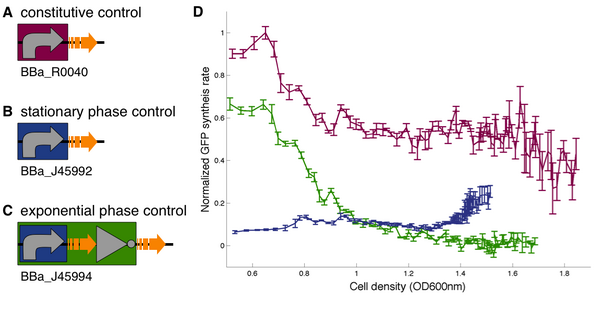