Here are a selection of sample coliroid taken with the bacterial photography system.

This system consists of two devices.

This diagram shows the list of parts that make up each of the two devices.

For details on system implementation, see the reference at the bottom of this page.

Characterization of Light receptor and its invertor 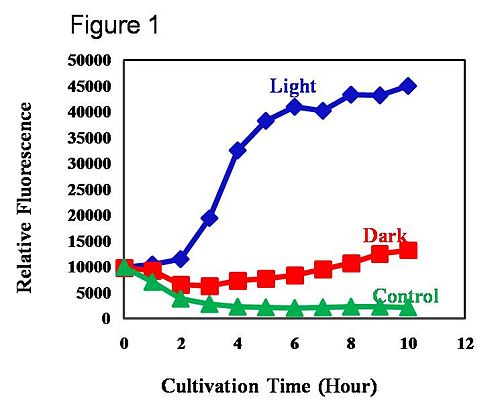 We also wanted to characterize the duration of light needed to induce gene expression. Our results indicate that it takes almost 1 hour for the PompC promoter to be inactivated, cI being degraded and the target gene being expressed. The 1 hour duration was irrespective of the stage in which the cells were induced i.e. even when the cells were induced in log phase or in stationary phase, it takes 1 hour for the target gene to be expressed. However, fold change in gene expression differs with the phase in which gene expression was induced (Fig 2). 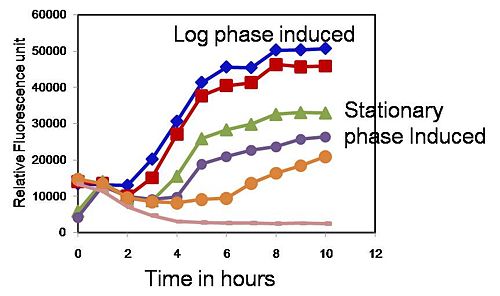 Cross talk between Cellular function and the Light receptor

Disadvantage The crosstalk observed in the light receptor would be a disadvantageous feature in case light mediated gene expression systems are to be used in industrial process were the osmolarity effects will be high.